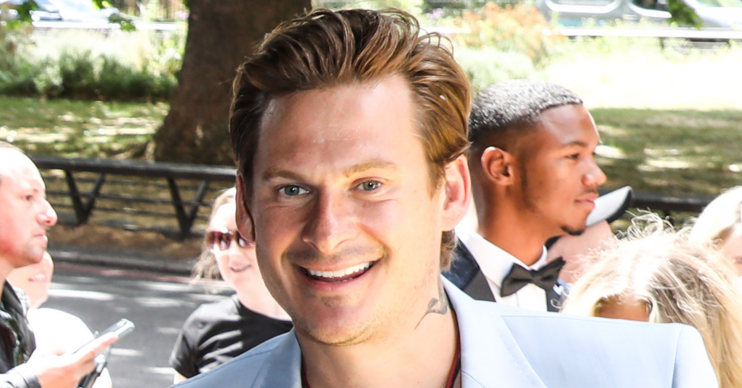 It's said he 'turned the air blue'

Former Strictly Come Dancing contestant Lee Ryan was “arrested” after allegedly going “berserk” on a flight in a row about booze.

The incident is said to have happened on Sunday (July 31) as he flew from Glasgow to London City Airport.

According to The Sun, Lee reportedly became abusive to cabin crew and refused to sit when they would not serve him a drink.

He was handcuffed and arrested when the flight landed, it is claimed, with other passengers being delayed for 20 minutes as he was escorted off the plane.

A fellow passenger described his behaviour as “really intimidating”.

Another said he “turned the air blue” with his language.

They claimed: “He became aggressive with the air hostesses once it became clear he wouldn’t get given alcohol.

“At one point he left his seat and started walking up and down the aisle despite being told to sit down – he even ran behind the cabin crew curtains. It was crazy behaviour.”

Lee spent the night in a cell, it’s claimed

Cabin crew are said to have radio’d ahead and police boarded the flight once it landed.

He is said to have spent the night in a cell and was released from custody yesterday pending further investigations.

He became aggressive with the air hostesses once it became clear he wouldn’t get given alcohol.

Lee’s reps declined to comment when contacted about this story.

However, the Met Police did release a statement about the incident.

It read: “At around 1640hrs on Sunday, 31 July, officers met a flight that had arrived at London City Airport from Glasgow.

“A 39-year-old man was arrested for a public order offence.

“He was taken into custody at an East London police station and was released under investigation the following day.”

Lee appeared on Strictly Come Dancing back in 2018.

He was partnered with Nadiya Bychokova and they were the second couple to be voted off.

At the time, the pair were the subject of romance rumours in the press.