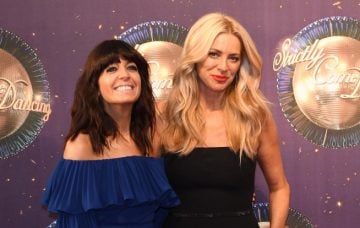 One fan branded it the "worst" line-up in the show's history. Ouch.

Strictly Come Dancing has confirmed the 15 celebrities who will take to the dance floor this year.

But the full line-up has divided viewers…

Well, it wouldn’t be a series of Strictly without a whole lot of discussion about the line-up, right?

Some Strictly fans have suggested there aren’t enough ‘big name stars’ among this year’s cast, which has been gradually released over the last week.

One wrote on Twitter: “I’ve watched Strictly since the beginning and with a few exceptions this is a very poor line-up, for me it will take a lot of glitter to make it as magical this year.”

Another agreed: “Most disappointed in the line up this year.”

A third said: “Quite possibly the worst lineup of Strictly they have ever had! I know celebrities and barely recognise most of them.”

And a fourth wrote: “When are you going to announce the celebrities? This lot you’d find in a B&Q car park on a Sunday morning #strictlyfail.”

Other fans, however, pointed out Joe has more than eight million subscribers on his YouTube channel and millions of social media followers.

They praised Strictly for signing him, saying Joe would bring in a younger audience.

Others grumbled that some of the contestants such as Pussycat Dolls’ Ashley Roberts have prior dancing experience, as she was a member of the burlesque band and judged Dancing On Ice.

One wrote: “Rather unfair that Ashley Roberts is a contestant on @bbcstrictly … she’s a professional dancer!!! She is obviously going to walk all over the others.”

Another said: “I know every year everyone moans about this issue but I do think it is really unfair to have Ashley Roberts who was in a DANCE group to be a contestant on #Strictly.”

Ashley, though, has pointed out the style of dance she’s experienced in the past is very different to the Latin and ballroom routines she’ll have to perfect for Strictly.

Meanwhile, other Strictly viewers said even if they didn’t know who all the celebrities were, they’ll still enjoy the show.

One pointed out: “No one is going to recognise everyone there but part of it is getting to know them and enjoying the “journey”. The pro dancers are celebrities in their own right anyway.”

Another agreed: “All of those who are saying who? Who? whooo? just watch and enjoy them learning to dance and have fun. So what if they are not A listers. It would be very boring with all those ego’s wouldn’t it?”

Other viewers couldn’t understand why some Strictly fans were disappointed, saying they felt it was a BRILLIANT line-up.

One told critics of the line-up: “Are you actually kidding. There’s 3, people from massive bands. A YouTuber with millions of followers. A hilarious comedian. One of the most recognisable news presenters. This year is probably one of the best. Stop being a Debbie Downer and just enjoy the show for the dancing.”

Another agreed: “This line up is one of the best in my opinion, there’s a pop star, an Olympian, a vlogger to appeal to the younger viewers and a couple really good actors too, it’s gonna be good this year I think.”

A third wrote: “Who’s unknown? The MBE? The silver medal winning Paralympian? The multi million selling recording artists? The ashes winning cricketer? The YouTuber with 8.5 million subscribers? The Dr on the highest rated daytime tv show? I could go on…” 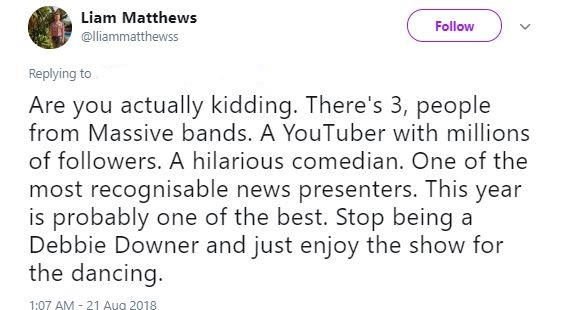 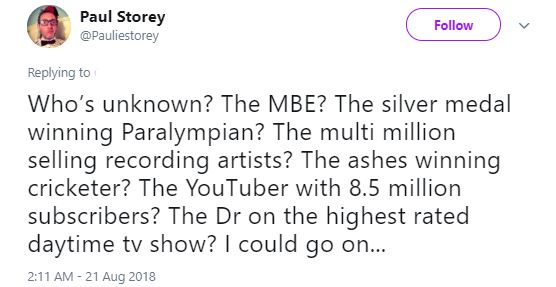 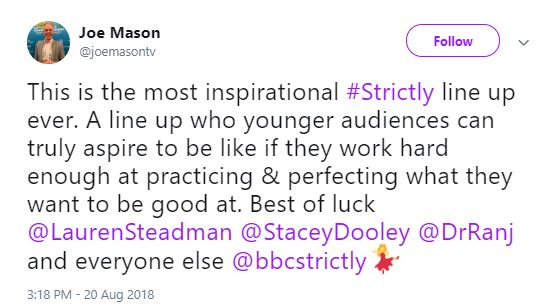