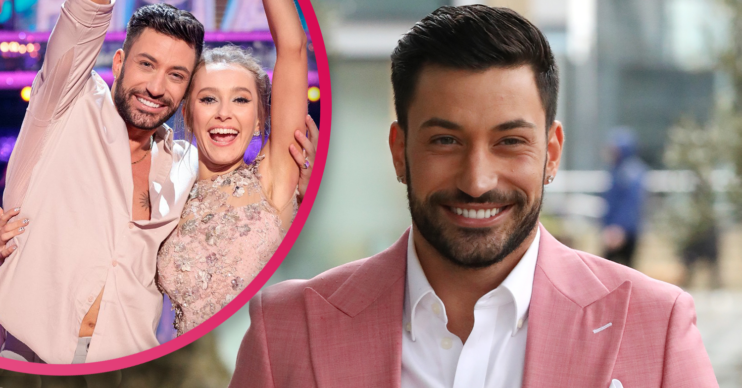 Wombs up and down the country are 'skipping a beat'!

Strictly Come Dancing winner Giovanni Pernice has sent his army of female fans into a frenzy as he shared some cute family news over Christmas.

Giovanni – who won the show with Rose Ayling-Ellis – also won over the hearts of the nation as many admitted he seemed like a “changed man” after the 2021 series.

And now, it seems, he has gone one step further – causing wombs up and down the country to “skip a beat” as he posed with his baby godson.

Giovanni shared a picture of his cute baby godson wearing a Santa outfit to his social media page.

He explained that he was about to become a godfather after making it back home to Sicily in time for the festive ceremony.

Giovanni wished fans a happy Christmas “from the godfather and the godson”.

And it’s fair to say fans were quickly spun into a frenzy at the picture, which some branded a “cuteness overload” – and we’re not entirely sure they were talking about the baby!

How did fans react to Strictly star Gio becoming a godfather?

Gio’s fans and Strictly Come Dancing pals were quick to comment on the picture.

Janette Manrara – who became a godmother herself over the festive period – commented: “Awwww.”

One commented on the cute snap: “My womb just skipped a beat.”

“A very cute godfather and his adorable godson,” another more restrained fan added.

“I could eat him and you!” declared another.

Were Giovanni and Rose in touch over Christmas?

On social media they definitely were, with Gio cementing their friendship with a cheeky post.

After Rose shared a picture of herself with a giant cake and said she was about to tuck in, Giovanni took to the comments section to poke fun at his celebrity pal.