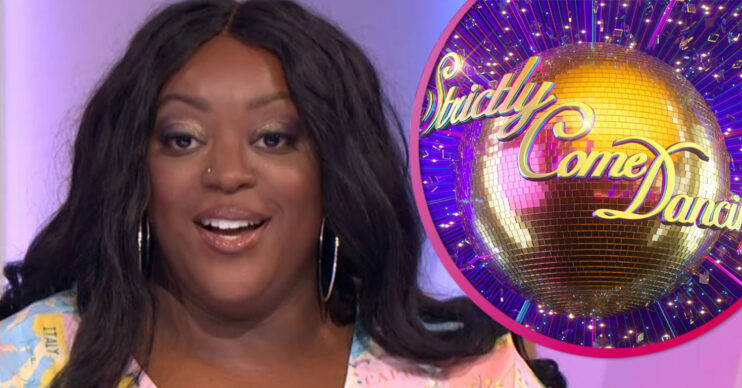 Strictly Come Dancing 2021 will see Judi Love take to the dance floor on this year’s series.

On Friday’s Loose Women, the star announced she will be doing the BBC programme just moments after Adam Peaty was revealed as a contestant.

Judi expressed her excitement about doing the show as she spoke to her fellow panellists.

As the Loose Women revealed the news, Linda Robson came down on a big circle as the stars were convinced it was her.

The camera then went to Nadia Sawalha but Judi announced: “Nadia I knew it was you, in my heart I wanted it to be you but it’s me!”

Judi said: “I just want to shimmy on someone who can lift us up.

“I am so nervous, this is so out of my comfort zone. But what an opportunity.”

One viewer said: “I can’t wait to see Miss Judi Love on #Strictly.”

Another wrote: “Judi is going to be great on #bbcstrictly.”

A third tweeted: “Judi has my vote already!”

He said: “I’ve swam for seven years and I’ve gone through constant cycles of championship, go back to training, another championship.

“I’ve never truly been uncomfortable, and this is going to be very interesting!”

What did Rose say?

In a statement, she said: “To be the first deaf contestant on Strictly Come Dancing is sooooo exciting… and a little bit scary.

“It is the hardest secret I have ever had to keep so it feels amazing to finally have this out in the open!

“I hope I will do the deaf community proud and break down more barriers.”