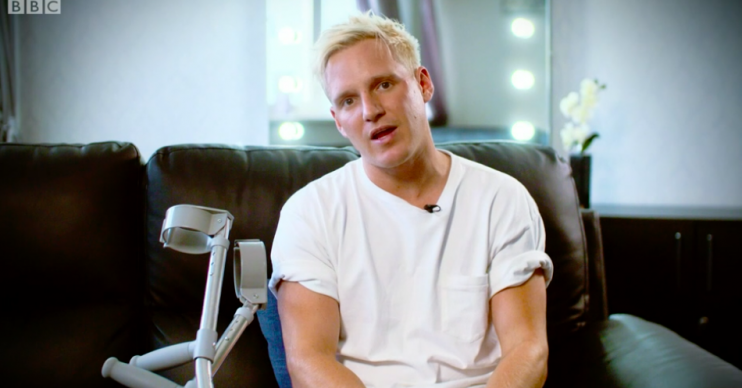 Jaime was forced to quit the show after injury

Jamie Lang has finally opened up about being replaced by Kelvin Fletcher after injuring his foot days before Strictly Come Dancing returned to BBC One.

The Made In Chelsea star was left devastated after he damaged a tendon in his right foot by awkwardly landing during the Strictly Come Dancing opening group routine.

Jamie took to his Instagram account after the first episode of the new season of Strictly to discuss his feelings about what had happened and to wish his replacement, Kelvin, luck on the show.

He began: “I just want to give a big congratulations and shout out to Kelvin Fletcher who’s taking my place in Strictly this year.

This is a first in Strictly history. Never before has a contestant been replaced in the show’s fifteen-year history, but Kelvin seems like a pretty decent replacement.

Jamie was informed by medical professionals that he wouldn’t be able to train for the required 12 hours a day to compete on the show.

Kelvin will be dancing with Oti, and fans were glad to hear this since they were worried that she wouldn’t get to be on the show this year following Jamie’s exit.

The former Emmerdale star is now doing well as a professional rally car driver, so he certainly has that winning mentality required to do well on the show.

Fiercely competitive Oti will doubtless be looking forward to working with someone with so much ambition!

Kelvin has been in some rather hot water of late after he used his phone while driving.

The 35-year-old was filming himself on his phone singing while driving and posted the video to his 109K Instagram followers and people weren’t too impressed with the former soap star.

Using your phone while driving is now illegal in the UK and you can get six penalty points and a £200 fine.

You’ll also lose your licence if you passed your driving test in the last two years, according to the Gov.uk website.