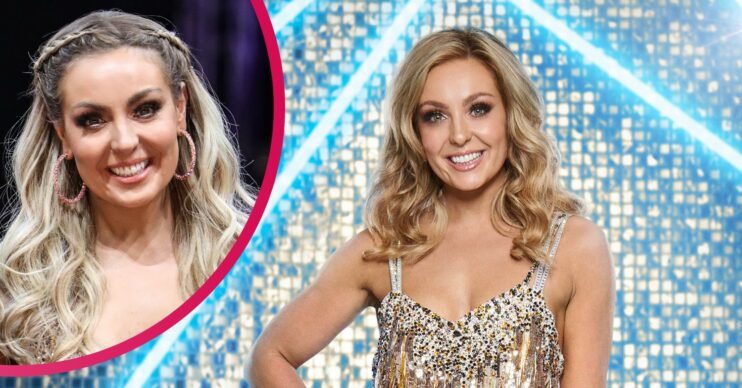 Amy Dowden has issued a health update after missing part of the Strictly tour over the weekend.

The 31-year-old, who suffers from Crohn’s disease, thanked fans for their support on her Instagram story yesterday (Sunday, January 30).

Today, she issued an update and told her fans what really happened at the weekend.

She shared two photos of herself – one on tour and another in hospital.

Amy said: “Not quite the weekend performing in Manchester I was expecting. The one pic is me all ready to dance the following is literally a few hours later.

“Just want to help spread the awareness of hidden chronic illnesses. I know we get so many comments oh you look fine, on the outside yes, but not the inside.

“Comments why do you push yourself? Well, I wouldn’t do anything in life if I spent the whole time worrying if I might get a flare up. I’ve always said it won’t define me!”

She added: “To me, my condition is at it’s cruellest when it takes me away from my biggest passion, dancing!

“I can’t thank my fellow cast enough… it certainly helps to have some strapping male dancers there to help carry you too. I love you all!

“I’m feeling SO MUCH BETTER and I’ll be back dancing with the gang, living the dream before you know it! Lots of Welsh love.”

This isn’t the first time that Amy has had to miss Strictly-related events recently through illness.

At the end of November, the 31-year-old was rushed to hospital following a “Crohn’s flare-up“. The hospital dash came just days after she and Tom Fletcher were eliminated from Strictly.

Amy’s flare-up led to her missing some of the Strictly live shows.

The Caerphilly-born dancer previously opened up about her battle with Crohn’s in a BBC documentary in 2020. Strictly Amy: Crohn’s and Me gave the dancer an opportunity to speak about how the illness affects her everyday life and her career.

The documentary won a BAFTA Cymru for Single Documentary.

Crohn’s is a type of inflammatory bowel disease. It causes inflammation of the digestive tract, leading to abdominal pain, weight loss, fatigue, severe diarrhea, and malnutrition. Amy has suffered from the illness since she was a child.

What else has happened on the Strictly tour?

As well as Amy pulling out through illness, plenty else has happened on the Strictly tour to get tongues wagging.

The most notable thing to come out of the Strictly tour is the reported romance between Nadiya Bychkova and Kai Widdrington.

In photos obtained by The Sun over the weekend, the pro dancers were spotted kissing at a hotel bar in Newcastle.

The pair have reportedly become close after Nadiya split from her fiancé Matija Skarabot, with whom she shares a daughter.

A source said that they have “incredible chemistry” and that they connected “from week one”.

Meanwhile, in other news regarding the tour, Rose Ayling-Ellis and Giovanni Pernice won yet again on Saturday. The duo has now won 13 shows during the tour.

Other winners include John Whaite and Johannes Radebe, as well as Sara Davies and Aljaž Škorjanec.

The tour is set to head to Sheffield now, with the first show there tomorrow.