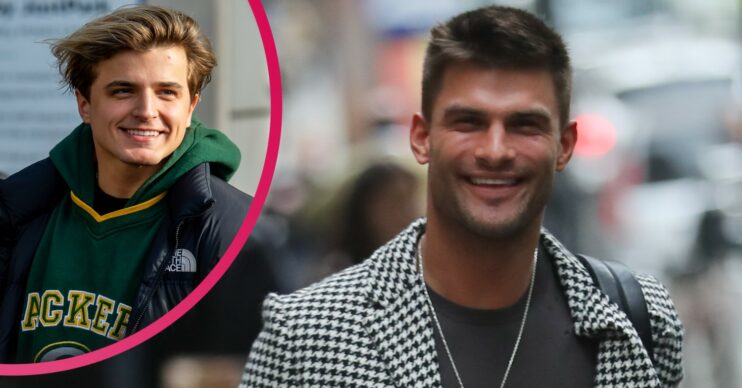 Aljaž Škorjanec has revealed a touching message he received from Strictly co-star Nikita Kuzmin following his decision to leave the show.

Following the news, which has left many fans gutted, Aljaž’s co-stars have spoken out to pay tribute to him and his time on Strictly.

The dancer shared a message he received from Nikita.

Nikita’s message read: “Hey Ali, just wanted to express my love to you and gratitude to have seen you in action for at least one season!

“You were the guy who I was looking up to as an example. From how you treat every single runner, cleaner, security, camera, etc. To how you treat your partner!

“You helped and inspired me to be first, a great person and gentleman before even thinking of taking a step on to that floor and compete in this beautiful show.

“Just want to let you know that you made an impact on the show and I’m part of it.”

“PS: Now PLEASE, open your pocket, reach in, and don’t take the audience with you,” followed by a laughing face.

He signed off the message saying: “Love you,” with a red heart emoji.

Aljaž wrote: “Got this today… Really loved working with you last year and I know we will work together again in the future.”

It comes after reports claimed that Aljaž ‘verbally lashed out‘ and ‘upset’ crew members behind the scenes at Strictly.

However, a rep for the dancer has insisted the allegations are “untrue”.

They said: “Aljaz has the utmost respect for everyone working on the show. It is untrue to say he acted in an aggressive manner at any time.”

What did Strictly stars say?

Meanwhile, many of Aljaž’s other Strictly pals have reached out to send him sweet messages following his decision to quit Strictly.

Oti Mabuse, who quit the show last month, wrote on Instagram: “I love you friend, so much you brought life and joy to the show.”

Neil Jones commented: “Bro you are going to be missed on the show by everyone especially me.”

Kai Widdrington said: “You will be missed brother, so happy I got to share the Strictly floor with you.”

Will you miss Aljaž on Strictly? Head to our Facebook page @EntertainmentDailyFix and tell us.