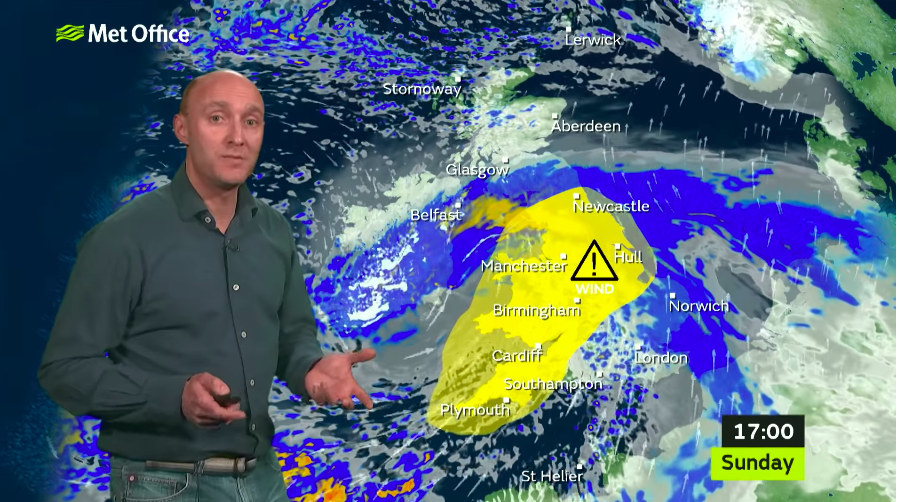 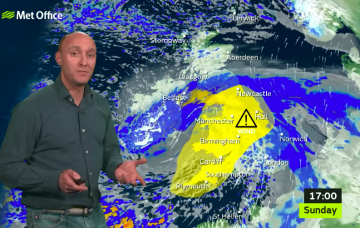 Weather experts are predicting damage to buildings and trees

After the freezing start – and then bizarrely warm – February, weather warnings have now been issued by the Met Office, as “Storm Freya” moves in and causes “significant disruption.”

In fact, experts are advising Brits to stay at home to avoid the “dangerous” 500-mile-wide winds, which they say is “likely” to cause serious damage.

The Met Office issued a warning that read: “‘Storm Freya’ will bring very strong and disruptive winds to large parts of the UK, with the strongest winds expected over parts of England.

“South-westerly winds will strengthen through Sunday afternoon, with gusts of 55-65 mph expected widely across England, Wales and southern Scotland. Gusts of 70-80mph are likely around coastal areas, especially in Devon and Cornwall, as well as Wales and north-west England.

Commenting on the storm – caused by low pressure weather arriving from the eastern Atlantic Ocean – Met Office Deputy Chief Meteorologist, Jason Kelly, said: “Where winds are strongest we can expect significant disruption to travel, with damage to buildings and trees likely. It’ll be especially dangerous near coastal areas due to the wind whipping up large waves.

“This is a developing situation and the track of Freya’s strongest winds could change over the next few days, so we are advising people to keep an eye on the latest forecast and warnings from the Met Office.”

Referring to the risk of being out and about for the British public, Highways England’s Head of Road Safety, Richard Leonard told the Chronicle Live:

“We’re encouraging drivers to check the latest weather and travel conditions before setting off on journeys and consider if their journey is necessary and can be delayed until conditions improve. If you do intend to travel, then plan your journey and take extra care, allowing more time for your journey.

#StormFreya will bring very #windy weather to the UK on Sunday and into Monday. Stay #weatheraware pic.twitter.com/p0lIlOEyRQ

“In high winds, there’s a particular risk to lorries, caravans and motorbikes so we’d advise drivers of these vehicles to slow down.

“Drivers of other vehicles should be aware of sudden gusts of wind which can affect handling and braking, and give high-sided vehicles, caravans, and motorbikes plenty of space.

“In the event of persistent high winds we may need to close bridges to traffic for a period, so please be alert for warnings of closures and follow signed diversion routes.”

Meteorologist Marco Petagna predicted on Sunday morning’s weather report: “We’ve got a very unsettled day to come across the UK weather-wise, as Storm Freya pushes in across the south-west.”

He also warned of “hefty rain” to come, as he explained there is a “yellow” warning and wind alert in place across England and Wales.

But things are set to brighten up a little towards the end of the week, with Jason Kelly, adding: “As Storm Freya moves into the North Sea on Monday so too will the strongest winds. The rest of the week will be largely unsettled with further spells of wet and windy weather, but some fair weather and sunshine in places too.”

Are you worried about the storm? Leave us a comment on our Facebook page @EntertainmentDailyFix and let us know what you think.