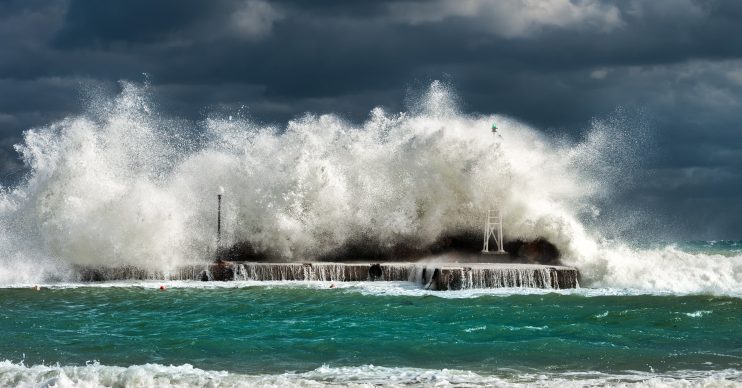 Saturday will be the most hazardous day

A series of weather warnings covering the next five days have been issued by the Met Office as Storm Dennis arrives.

Saturday (February 15 2020) is predicted to be the most hazardous day, according to experts, as yellow warnings applied to large parts of the country advise caution amid forecasts of strong winds and heavy rain.

Dennis is the fourth named storm of 2020, following closely on from Ciara.

It is expected to bring an onslaught of rainfall and gales pushing eastwards across Britain.

As of 10am this morning, a warning for snow was in place for much of Cumbria and the Lake District, North Pennines, Northumberland and southwest Scotland.

Tomorrow, a warning is in place for heavy downpours across a huge swathe of southern Scotland, including Dumfries, Kelso and Peebles.

The Met Office also warned of possible snow melt causing disruption on the roads in those areas, as well as delays to public transport.

For most of Saturday, warnings of wind and rain are in place across Wales, southern Scotland and the whole of England.

And a yellow warning on Sunday, for wind, covers the whole of Great Britain and Northern Ireland, while a rain warning has been applied to Wales and the northwest, south and southwest of England.

Monday’s yellow warning is for very strong winds and applies to the whole of Scotland.

As reported by Sky News, Met Office meteorologist Alex Burkill said that while the next few days look set to be “very windy”, conditions will be “a touch down” on what was seen during Storm Ciara.

Storm Ciara’s winds were so strong it claimed several lives, including a man who was killed while walking his dog near a wooded area in Liverpool.

And another man reportedly died after a tree came crashing down onto his car.

The 58-year-old was killed when the tree hit his Mercedes in Hampshire on Sunday (February 9 2020), as winds as fast as 70mph battered Britain.

The BBC reported that the man, from Micheldever, was driving along the A33 when the accident happened, just before 4pm. He is understood to have died at the scene.