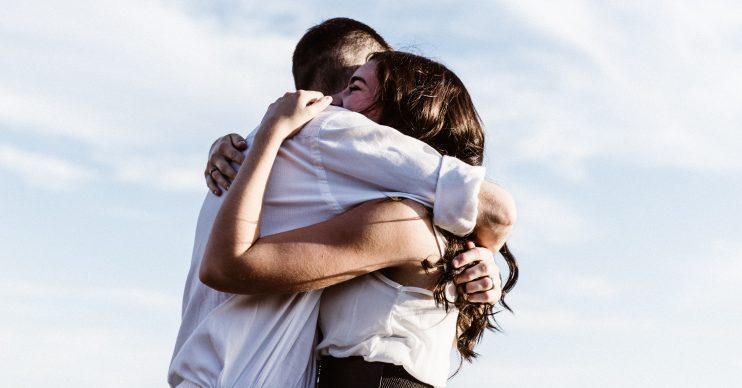 The act prompts the brain to release feel-good hormones!

Today (January 21) marks National Hugging Day, so we suggest you stop whatever it is you’re currently doing, grab the person closest to you and give them a great big cuddle.

The holiday actually originated in America, but it’s now celebrated all over the world and there’s no reason why us Brits can’t get in on the act too.

After all, as well as making us feel all warm and cozy inside, hugging is proven to reduce signs of anxiety and depression.

Read more: Cuddle up to a giant penis-shaped cushion this Valentine’s Day

Hugging releases a hormone called oxytocin in the brain – it’s also known as the “bonding molecule” given that it can boost feelings of intimacy between two people.

High levels of the hormone can boost romantic attachment – so there’s no excuse not to cuddle in the run up to Valentine’s Day!

However, in an age where good mental health is at the forefront of many of our minds, hugging can also reduce feelings of loneliness and isolation.

Cuddling also prompts the brain to release dopamine, aka the pleasure hormone, that is often associated with boosting feelings of happiness.

Huggers in their droves took to Twitter to reveal they were taking part in 2020’s National Hugging Day.

“It’s #NationalHugDay! Give someone you like a squeeze,” said one hugging fan.

Whoever you are, whomever you love, give someone a hug today! Doesn’t matter which gender, which colour of skin, which sexual orientation or religion! 🌈❤️#NationalHuggingDay #NationalHugDay #FathomsDeep pic.twitter.com/ZdVSHmBDDD

Some even made up collages of the Duke and Duchess of Sussex embracing.

So whether you’re hugging your partner, your friend, a baby or a cute, fluffy animal, there’s most certainly a lot to be said for the power of a good old cuddle.

Head to our Facebook page @EntertainmentDailyFix and let us know who you’ll be cuddling today!