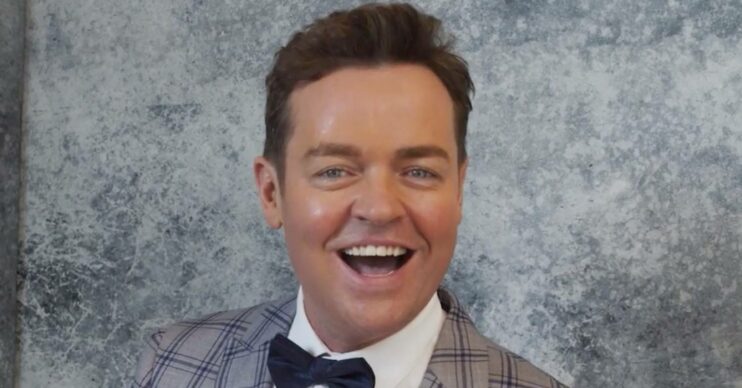 Reports he's worth a whopping £7m!

TV presenter Stephen Mulhern is known for his cheeky comedy and for being a regular on ITV – but he’s also said to have a huge net worth.

Yes, as well as his presenting skills, he’s also a secret property mogul!

Details of his impressive £2 million empire have previously been revealed, and the savvy investor – who presents shows like In For a Penny – has reportedly built up quite a portfolio.

What property does Stephen Mulhern own?

Stephen is known for his roles on TV but behind the scenes he’s a wise investor too, it is claimed.

The Sun reported last year that Mulhern’s property firm JFDI Productions has an impressive portfolio. The portfolio has six homes on its books, including luxury-style properties.

Read more: In For A Penny host Stephen Mulhern on ‘weird’ love of his life and not having ‘enough’ sex

The firm is worth a reported £2.2 million, with homes in Essex and Leicester as well as South West London.

Outside of his property firm, his TV firm Blue Eye Productions, which launched in 2002, also rakes in the millions.

Stephen himself is reported to have a a net worth of more than £7 million.

Why is Stephen Mulhern famous?

Stephen has been a regular face on our TV screens since the 1990s.

Initially making a name for himself in children’s TV and showing off his magic skills, he then stepped up to Saturday night entertainment.

The Londoner has now held the position of presenting Catchphrase for nine years as well as appearing on the spin off for Britain’s Got Talent and Saturday Night Takeaway.

We can’t wait for you to see them!

One of his regular TV gigs, In For a Penny has been a huge hit and, while it takes a break and repeats air, viewers have been eager for more.

Stephen recently teased that he has been filming some brand-new games, tweeting: “In For A Penny may be off your screens for now.

“However, the team have been testing some brand new games and we can’t wait for you to see them! Lincoln we’re coming for you…”

Britain's Got Talent In For A Penny ITV Money Stephen Mulhern