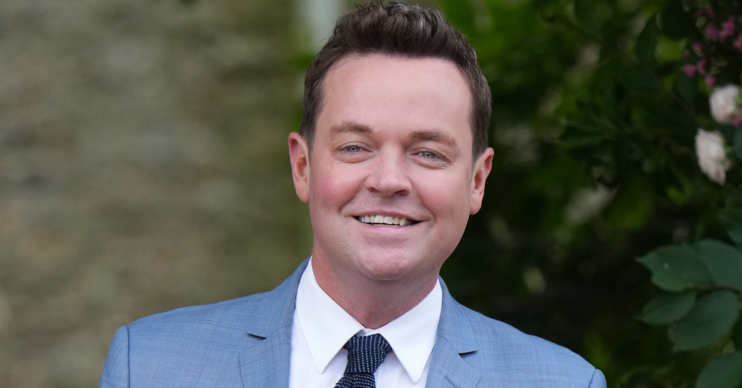 Comes after his recent hospital stay

Stephen Mulhern is writing a book and fans of the Saturday Night Takeaway favourite could not be more thrilled.

After teasing a “big announcement” on social media, Stephen finally revealed what he was up to last night (April 21).

And he said he was “excited” to share his news.

The presenter could certainly do with some good news following his absence from the spotlight as he battled a mystery illness in hospital.

What did Stephen Mulhern say about his new book?

Posting on Instagram, he uploaded a video of a magic trick, that involved a tissue being set on fire and his new book rising from the flames.

He captioned the post: “Unbelievably excited to tell you about my magical debut children’s book, Max Magic!”

He then explained what the book is about.

“Following the magical Max Mullers and his tricky adventures escaping Bottley the Bully and the notorious East End gangsters the Crayfish Twins, this is an adventure celebrating friendship, family and magic for kids aged 7 to 12,” he said.

Stephen added: “I can’t wait to share it with you when it hits the shelves on Thursday September 1st! Pre-order now!”

Stephen’s fans appeared to do just that – with some saying they’d ordered more than one copy!

“I’ve ordered four signed copies! Three for the kids and one for moi! A book is a very special thing indeed. Well done you!” one said.

Others sent their congratulations – and admitted that it wouldn’t just be the kids reading it.

One said: “There’s no end to your talents.”

Another aded: “My kids can’t wait for this book… and when I say kids, I secretly mean me.”

“I’m 21 years older than the age it’s for… but I want it,” another commented.

“This is awesome Stephen!! It might be aimed at 7-12 year olds but I’m 40 and excited about this,” another admitted.

“Awww Stephen, that’s fantastic. So so very proud of you I really am,” said another super fan.

Will you be reading the book? Tell us on our Facebook page @EntertainmentDailyFix.