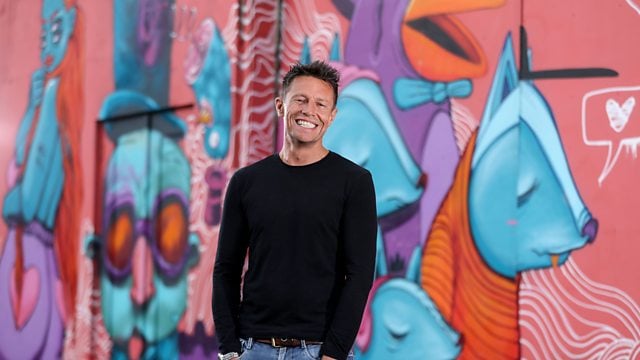 The sad new was announced on Tuesday morning

BBC radio presenter Stephen Clements was looking forward to a “great” 2020 just days before passing away at the age of 47.

The broadcaster, whose death was announced earlier today (07.01.20), took to Instagram in the early hours of New Year’s Day to share a message of positivity and optimism with his 11k followers.

The BBC Radio Ulster star posted a snap of an incredible sunrise over a stretch of water, twinkling lights visible on distant hills, and wrote in the caption: “Sunrise on 2020.

“This year will be a great one.”

Stephen had presented The Stephen Clements Show on BBC Radio Ulster since September last year and, at the time, said it was always a “dream” for him to work for the BBC.

The devastating news was announced by the BBC on the lunchtime news on Tuesday and his 10am programme was presented by Steven Rainey.

This year will be a great one.

BBC Northern Ireland Director Peter Johnston said: “We are sorry to bring you the sad news of the passing of our colleague Stephen Clements.

“Our thoughts are with Stephen’s family, friends and colleagues, at this difficult time.”

The cause of death has yet to be revealed.

Stephen is survived by his wife and two children.

Tributes poured in on social media, with many people who were close to Stephen expressing their heartbreak.

One of his colleagues, Sara Neill, wrote on Twitter: “My heart is so sad. A friend, a radio husband, and the man who taught me so much about broadcasting.”

Q Radio News tweeted: “We are heartbroken today to learn that our former Q Radio Breakfast show host, colleague and friend Stephen Clements has died suddenly at the age of 47.”

Another of Stephen’s colleagues, Stephen Watson, added: “Stunned to hear the dreadful news about my friend and colleague Stephen Clements. My thoughts are with his family circle.”

My heart is so sad. A friend, a radio husband, and the man who taught me so much about broadcasting. 💔 https://t.co/RaiIOowzIp

Stunned to hear the dreadful news about my friend and colleague Stephen Clements. My thoughts are with his family circle.

So so saddened to hear of the passing of Stephen Clements. A true gentleman and incredibly talented broadcaster. A tragic loss 😢

Stephen began his career at Q Radio in 2010 and in June last year, he announced he was leaving the station to join BBC Northern Ireland.