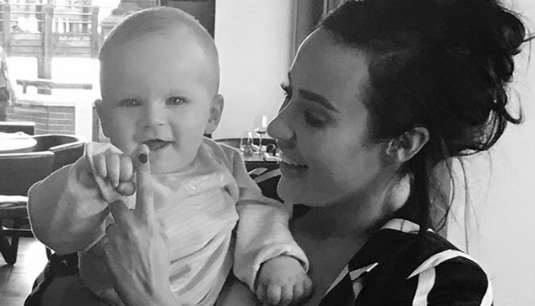 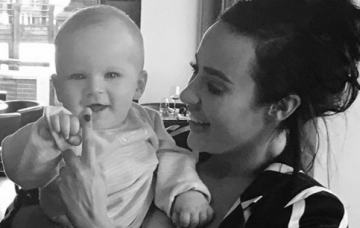 She is NOT happy with him

Stephanie Davis has launched a furious rant against ex-boyfriend Jeremy McConnell after he wished their son a happy birthday.

The former Hollyoaks actress, 24, accused her model ex of playing “mind games to gain publicity” in an angry outburst.

Stephanie vented on Instagram after seeing that Jeremy, 28, had posted a public birthday message to Caben, who turned one on Saturday.

Alongside a throwback picture of him cuddling Caben, Jez had written: “Happy birthday son. Shame I can’t be there, see you soon.”

However, that clearly riled Stephanie, who shared an angry response online.

She wrote: “In reply to Jeremy’s Instagram. PLEASE don’t act father of the year.”

Stephanie continued: “This, for everyone to know, is another typical mind game to gain publicity (of any kind as that’s what you crave). You are no role model to your son so don’t act like you give one damn!! ”

Stephanie went on to brand Jeremy a “total disgrace”, adding: “Don’t pretend you care now. Disgusting, using your son. Shame on you!”

Jeremy has yet to respond to Stephanie’s accusations.

She shared a series of candid, never-before-seen photos of Caben’s birth to Instagram, alongside snaps taken at his first birthday party.

Stephanie wrote alongside the images: “HAPPY BIRTHDAY TO MY BEAUTIFUL BABY BOY!!!! ONE TODAY!!!! I cannot believe it!! Where has the time gone!!??

“I’m so proud of you and the beautiful caring, loving, cheeky little monkey clever stunninggg little boy you are. This time last year, when One became two, love you so much baby, lots of love Mummy (sic).”

Stephanie and Jeremy fell in love after they met in Celebrity Big Brother in January 2016, but their relationship was a rocky one.

They endured several public splits and reunions before calling it quits for good in May 2016.

Steph then announced she was pregnant, to which Jeremy initially questioned if he was the baby’s father.

Caben was born in January 2017 and a DNA test done live on This Morning confirmed Jeremy as the little boy’s dad.

Jeremy then vowed he’d be a good dad.

The couple had a brief reconciliation last year but it didn’t last.

In August, Jeremy was found guilty of assaulting Steph in March 2017, and handed a suspended sentence.

However, he was jailed for 18 weeks just before Christmas after failing to complete the required community service. He had chosen to fly to Turkey to undergo a hair transplant instead.

Jeremy was released after 34 days behind bars.