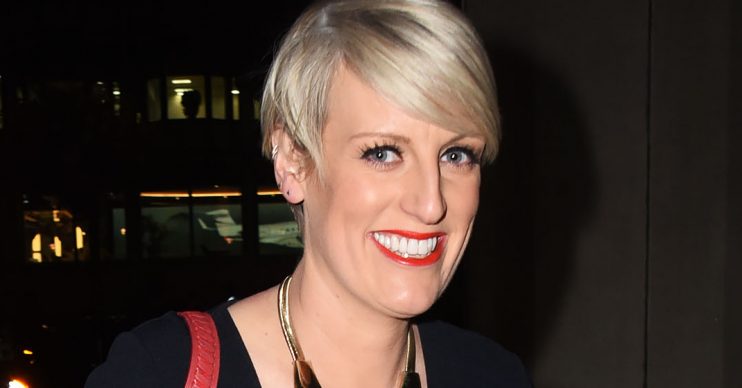 She welcomed her daughter in November

Former BBC Breakfast star Steph McGovern has hinted at how her first Christmas as a mum went.

The 37-year-old presenter, who gave birth to a baby girl in November, responded to a post on Twitter aimed at new mums struggling to cope over the festive period.

Re-sharing the tweet, Steph told her followers it was a “welcome” message.

Comedian and writer Ellie Taylor wrote on Boxing Day morning: “Just a heads up that if you’ve just had a baby and have had a weird, insane Christmas and cannot ever imagine feeling ‘normal’ again, I cannot tell you what a difference a year makes.

“I have a Nov baby and was mad and sad last year, but this year has lovely. Sending love.”

Over on her own Twitter, Steph re-posted the tweet and said: “This message was very welcome this morning. Baby land… seven weeks in.”

This 👇 message was very welcome this morning. Baby land…7 weeks in 🤪 https://t.co/Wv4kD9mDlZ

Steph welcomed her little one with her TV executive girlfriend at the beginning of November.

She shared the happy news on Twitter, telling followers she had given birth to a girl and revealing the two of them were “fine and dandy”.

She tweeted: “Well hello world, just surfaced to let you know that we now have a daughter!

This message was very welcome this morning.

“Born on Monday morning just as @BBCBreakfast was wrapping up. We’re all fine and dandy.

“Just getting used to the eau de sick/poo I am now regularly wearing. #babylife.”

She had previously joked that her bundle of joy would arrive “before Brexit”, which is currently scheduled to happen on January 31.

Steph wrote in October: “So it’s going to be baby before Brexit for me! I have been wondering which would come first. Am hoping I don’t need a #flextension.”

It follows the news that Steph has decided to leave the BBC for a job with Channel 4.

When she returns from maternity leave in the Spring, the ex BBC Breakfast star will host her own TV programme called The Steph Show, which the BBC has reported will be filmed in front of a studio audience and comprise a mix of entertainment, lifestyle and current affairs.