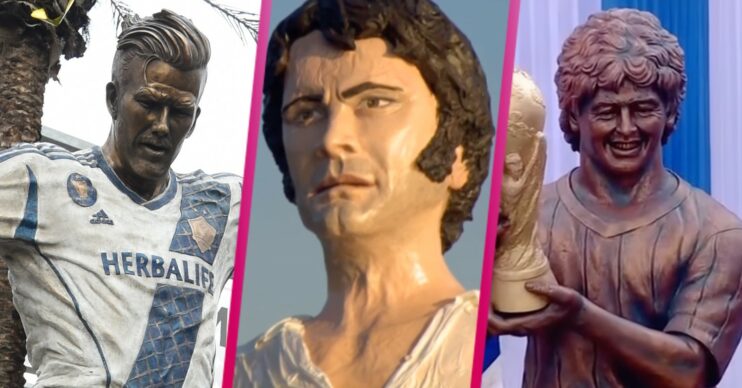 As the Princess Diana statue is unveiled, feast your eyes on these celebrity effigy horror shows

It could have been a lot worse!

A statue of Princess Diana was unveiled by Prince William and Harry at a private ceremony in Kensington Palace today (July 1).

The statue was created by sculptor Ian Rank-Broadley, who has worked with the Royal family for years and it’s got a bit of a mixed reception.

But what happens when statues go REALLY wrong? We’re going to show you – hold onto you hats.

While Cristiano Ronaldo may be known for his good looks, this bust begs to differ.

The sculpture sparked a wave of memes after it was placed on display at Madeira airport.

If this were us, we’d definitely have taken our ball home.

Meanwhile, Diego Maradona unveiled a 12-foot statue of himself in West Bengal in 2017.

It shows the Argentinian footballer holding the 1986 World Cup trophy – but it wasn’t exactly a hit with fans.

Kurt Cobain fans paid tribute to the late star with a statue in his hometown in 2014.

However, some couldn’t help but comment on its resemblance to Jesus.

Pride and Prejudice fans couldn’t believe their eyes following the arrival of this statue in Hyde Park, London.

The bizarre 12-foot fibreglass statue shows Colin Firth as his much-loved character, Mr Darcy – and for once we’re definitely not undone.

British sculptor Marc Quinn designed a rather unusual sculpture of Kate Moss in 2006.

At the time, the statue caused a stir due its rude and very revealing yoga stance. Or is she just checking she’s changed her knickers?

Originally placed in Hollywood Boulevard, the sculpture has since been removed.

Unveiled in 1998, it shows the legendary poet laughing and smoking.

Looks scarily like Boris Johnson after a raid of Jonathan Ross’s wardrobe to us.

David Beckham appeared delighted with his statue outside the Los Angeles Galaxy stadium in 2017.

But we wonder what he was emailing his agent after. We’d definitely have preferred to see his golden balls over this bronze one. 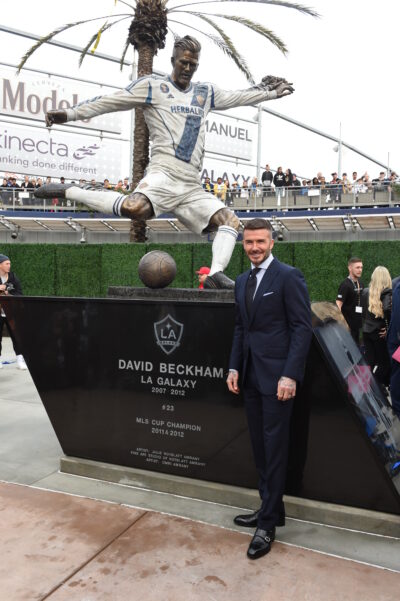