Did she have what it takes to turn those chairs?

The Voice is back on our TV screens this weekend, and those Loose Women just couldn’t stop themselves from having a little nosy round.

In their own show, that was also back in our lives this afternoon, viewers saw Andrea McLean and Coleen Nolan visiting the set of The Voice.

They met up with coaches Jennifer Hudson, will.i.am, Sir Tom Jones and new fella on the block, Olly Murs.

Sir Tom revealed that the latest series would surprise us, saying: “There’s more talent, better talent, I think. We’ve had great singers before but they keep coming.”

And will.i.am admitted that on previous shows, he worried about getting to the last audition and still not finding someone to turn for, but that on this series, that’s totally not a problem.

“Usually, I’m the last one, but I’m the first one this time round,” he said, suggesting that he fills his places before the rest of the other coaches.

But it was the last bit of their chat that saw Loose Women presenter and singer, Coleen Nolan, asking if she could audition for the coaches, as she had been in pop group The Nolans with her sisters. 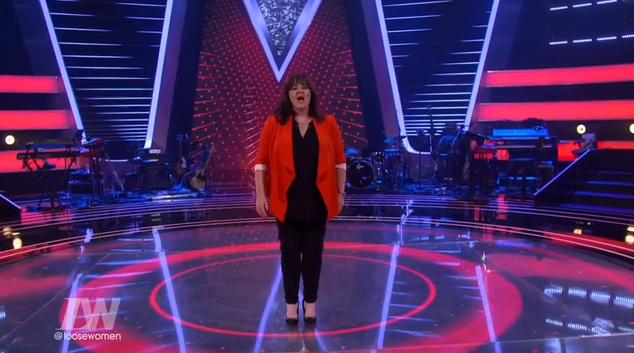 As she took to the stage and started singing part of her hit single I’m In The Mood For Dancing, Olly Murs covered his ears, J Hud raised her eyebrows in surprise and will.i.am remained expressionless.

It was all done jokingly, of course, and after the coaches didn’t turn, Coleen left the stage in Andrea’s arms, saying, “I never liked that Olly Murs anyway.”

The Voice returns for its new series Saturday, January 6 at 8pm on ITV.