After more than a decade of dedication...

This weekend marks a huge milestone for hundreds of hopefuls dreaming of stardom.

That’s right, it’s the theatre auditions for the new series of Britain’s Got Talent, taking place in Blackpool!

Although the series isn’t expected to hit TV until April, wannabe singers, entertainers and the odd dancing dog will be performing for the judges up and down the country from this weekend on, in the hopes of advancing to the next stages.

However, one key component won’t be in Blackpool to spur on the candidates.

Stephen Mulhern, who hosts spin-off show Britain’s Got More Talent, has let fans know he won’t be there – on doctors’ orders.

And it will the first time in more than a decade that he’ll have missed a round of auditions – that’s dedication!

Stephen tweeted: “Morning! Absolutely gutted to be missing the first round of @BGT auditions this week in Blackpool!

“I am on doctor’s strict orders to rest my voice, after suffering a nasty bout of Laryngitis – first day off from the show in 11 years. Unbelievable!”

The popular host added: “I will be on mute until London auditions on the 27th Jan, look forward to seeing you all then!”

Stephen’s followers flooded the post with get-well-soon wishes and messages of support, suggesting he’ll be missed. 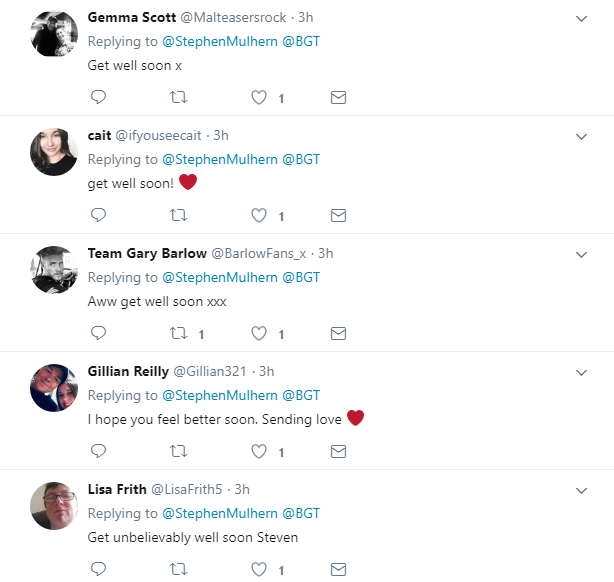 Stephen’s been ever-present on the show since way back in 2007, and is as much a part of the furniture as regular hosts Ant and Dec.

Read more: Strictly’s Frankie Bridge worries she doesn’t match up to other mums

The judging panel for this year’s version of the show will also be staying the same, with Simon Cowell, Amanda Holden, Alesha Dixon and David Walliams taking their seats behind the buzzers.