New mum Stacey Solomon has shared an adorable video of her newborn son Rex being bathed by his big brother Leighton.

Uploading the video to Instagram, Stacey could be heard cooing: "Oooh he loves his bath."

As Leighton, seven, gently splashed water on to the tot using a flannel, Stacey laughed and said: "He's wondering what the hell is going on." 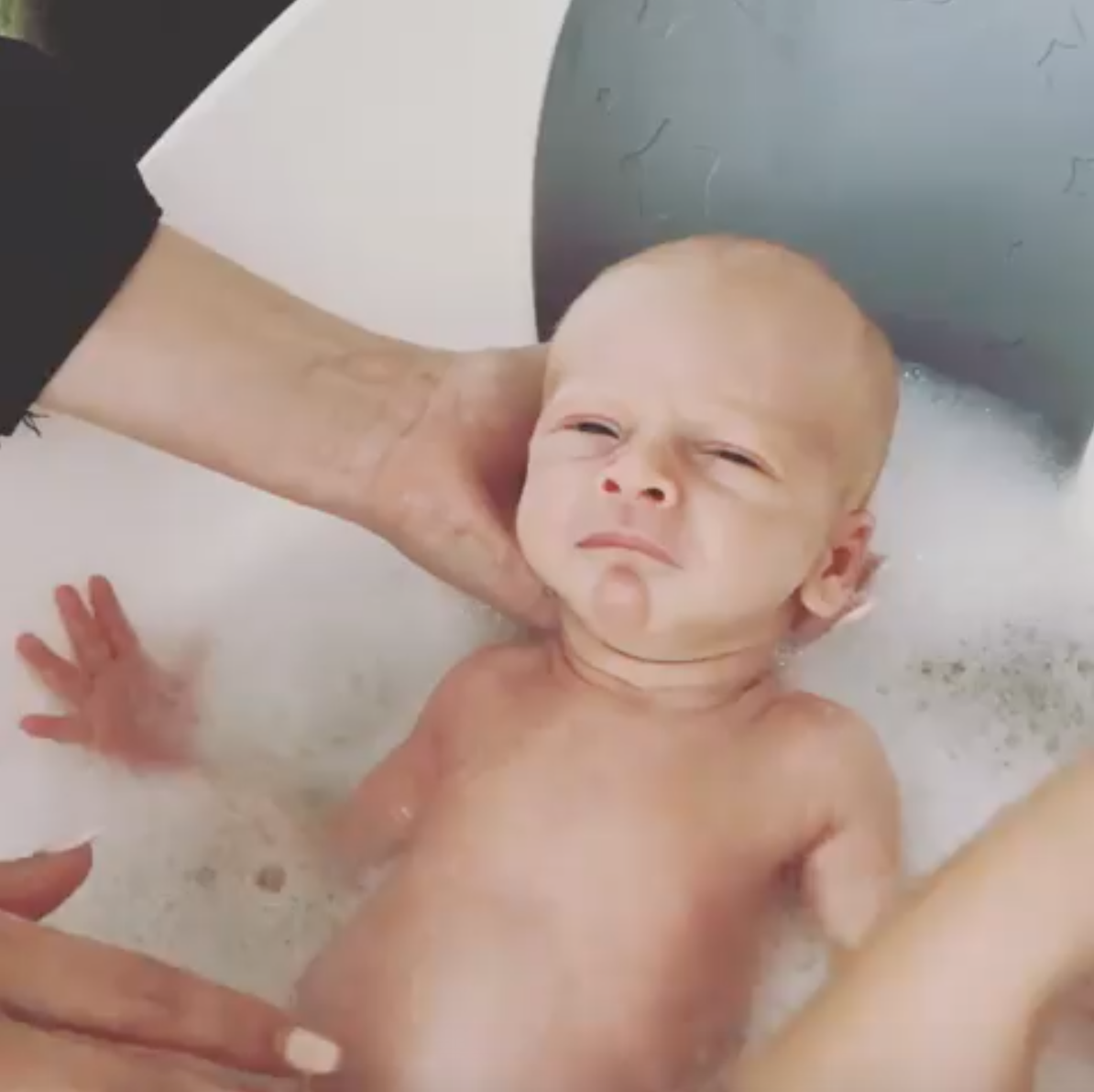 Her fans were quick to comment on the post. One gushed, alongside a red heart emoji: "The look of love from his big brother."

Another added: "They are beautiful Stacey, and how gentle is his big brother? These are all memories they'll have forever! Enjoy every minute."

A third commented that getting her sons involved in everyday tasks with Rex would act as a bonding moment for the boys.

You usually have a little bit of a build up before the big pains come but Stacey’s just came straight away.

They said: "Just love those precious memories of the early baths, so special. Love how the boys are involved. My two girls loved bathing and feeding their baby brother. Makes their bond so much closer."

He loves his bath... 🛁 A little weekend wash for Rex 🧼

Stacey said it had been "a rollercoaster" and added that she knew "the ride has nowhere near ended yet!"

She continued: "Feels like forever, but it also feels like only yesterday you were in Mummy's tummy. I miss you being in there – life was simpler then!" 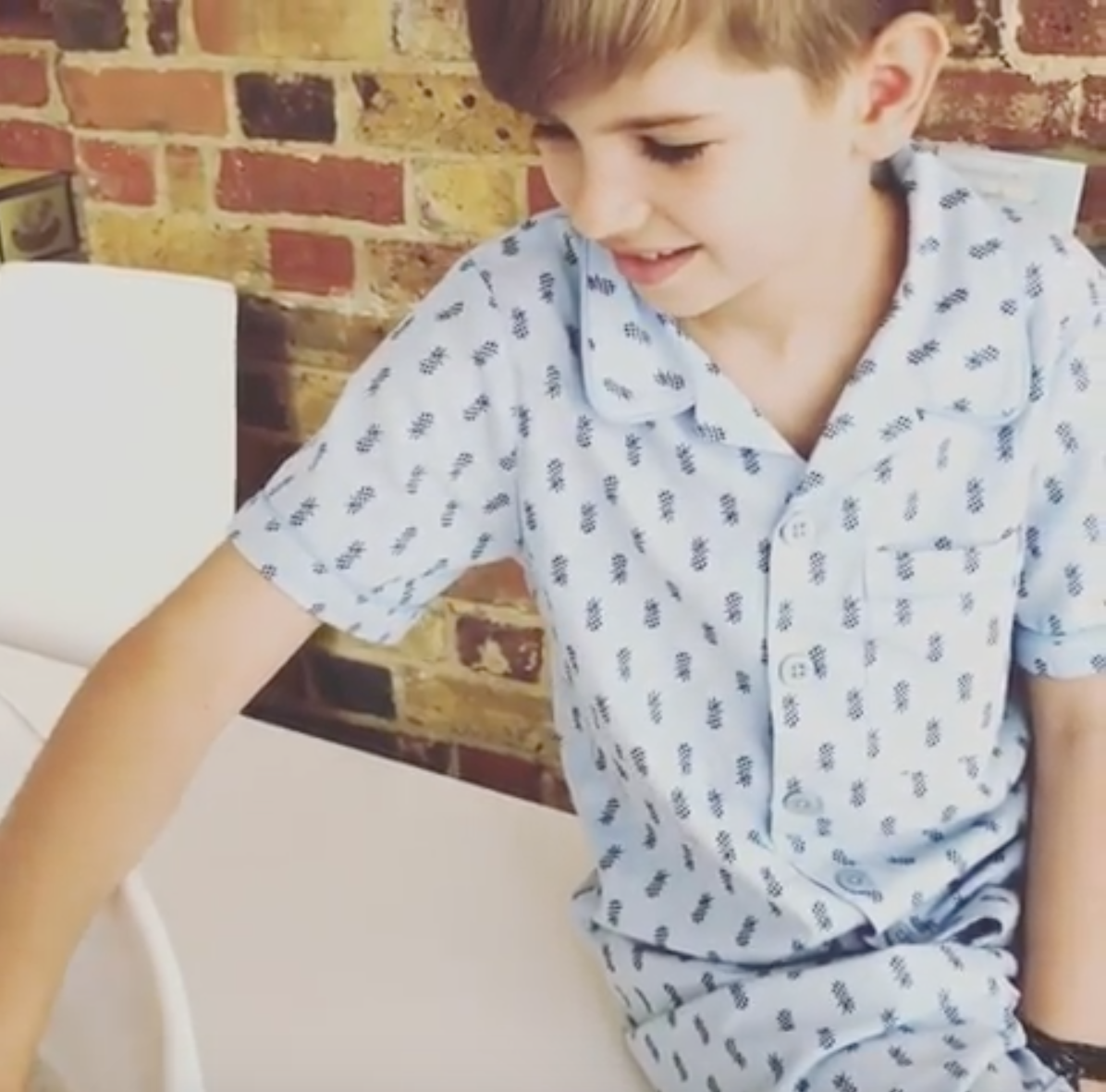 Joe recently opened up about the birth to Stacey's Loose Women co-stars and revealed that Rex was so keen to enter the world that the proud dad almost had to "catch" him.

Read more: When will Stacey Solomon return to the Loose Women panel?

He said: "You usually have a little bit of a build up before the big pains come but Stacey's just came straight away." 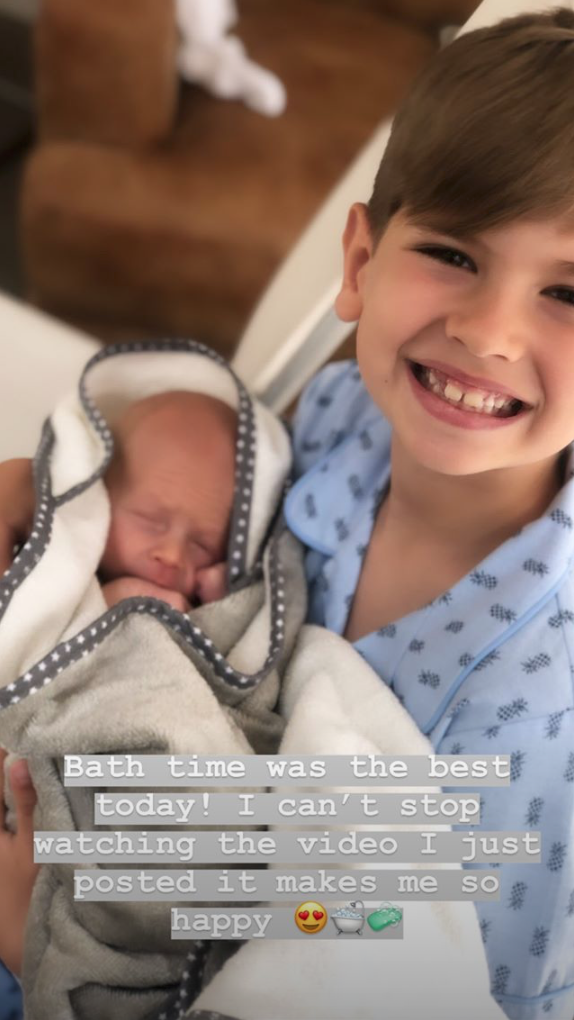 He continued: "Her sister works in the ward next door so Gemma came in and it all happened so fast. Gemma was like: 'I am gonna put the gloves on to help with the birth,' and she turned round and it was like a slip and slide."

He laughed: "We nearly had to catch it. I was like a wicket keeper.

"It took me by surprise as well. I was sitting in bed thinking we had another two weeks left."

Let us know what you think about Stacey's cute video over on our Facebook page @EntertainmentDailyFix.