Stacey Solomon has shared a very cute new picture of her newborn Rex with her dog on Instagram.

Showing baby Rex asleep as her little chihuahua snuggles up to him, Stacey describes the pooch as Rex's "big sister" and gushes in the caption:

"I love the relationship they have. Rex finds Theo hilarious, he always wants to touch her and she just wants to be near him all of the time!"

Rex with his big sister 😂 She’s definitely smiling (dogs definitely smile no matter what anyone says) I love the relationship they have. Rex finds Theo hilarious, he always wants to touch her and she just wants to be near him all of the time! 🐶 🖤

But the picture has caused some controversy, with some of Stacey's followers calling her out over safety concerns.

Several of her followers commented that dogs can "turn" aggressive, and that Rex shouldn't be allowed so close to the pet.

One concerned follower commented: "Dogs can turn at anytime not near a baby could be fatal."

Putting a dog next to your baby is irresponsible.

Another lamented: "Omg dogs and babies not a good mix, not that close anyway."

And a third complained: "Stacey you will disagree and class my post as a 'negative post' but putting your dog next to a baby is irresponsible.. Dogs can turn any second.. I have two dogs and they are not allowed near my newborn..."

Staring at him thinking “my goodness you’re adorable!” Simultaneously thinking “when do babies go through the night again?” 😂 I can’t believe I’m going to ask this but... When did your babies go through the night? And what is the secret (don’t worry I know there isn’t one really but I’m curious to hear what other people tried)? I’m sure lots of people may feel that it’s not cool to be wishing the time away (I’m not at all) and that we should embrace and enjoy all of the night feeds because they don’t last forever! Well thank g-d they don’t last forever because three months in I feel I’ve enjoyed them as much as I possibly can 😂😂 I’m excited and ready for the sleeping through milestone haha 😂 I’ve got a horrible feeling Leighton was over a year old before he went through the night but I’m hoping my memory is wrong 🙏🏼

Of course many of Stacey's loyal army of fans ardently jumped to her defence, with several dismissing any safety concerns.

One wrote: "There just has to be negativity. Dogs are not aggressive harmful aliens. There loyal, friendly and trust you with their life. Please see the beautifulness in this photo!"

And a second defended the negative backlash with: "I think it is so important that children grow up with pets, especially dogs."

Stacey herself took to Instagram Stories to thank those who had "shut down" the critics.

Stacey and her boyfriend Joe Swash welcomed baby Rex in May.

Stacey's third child and Joe's second, both have been praised for sharing realistic images and descriptions of parenthood. 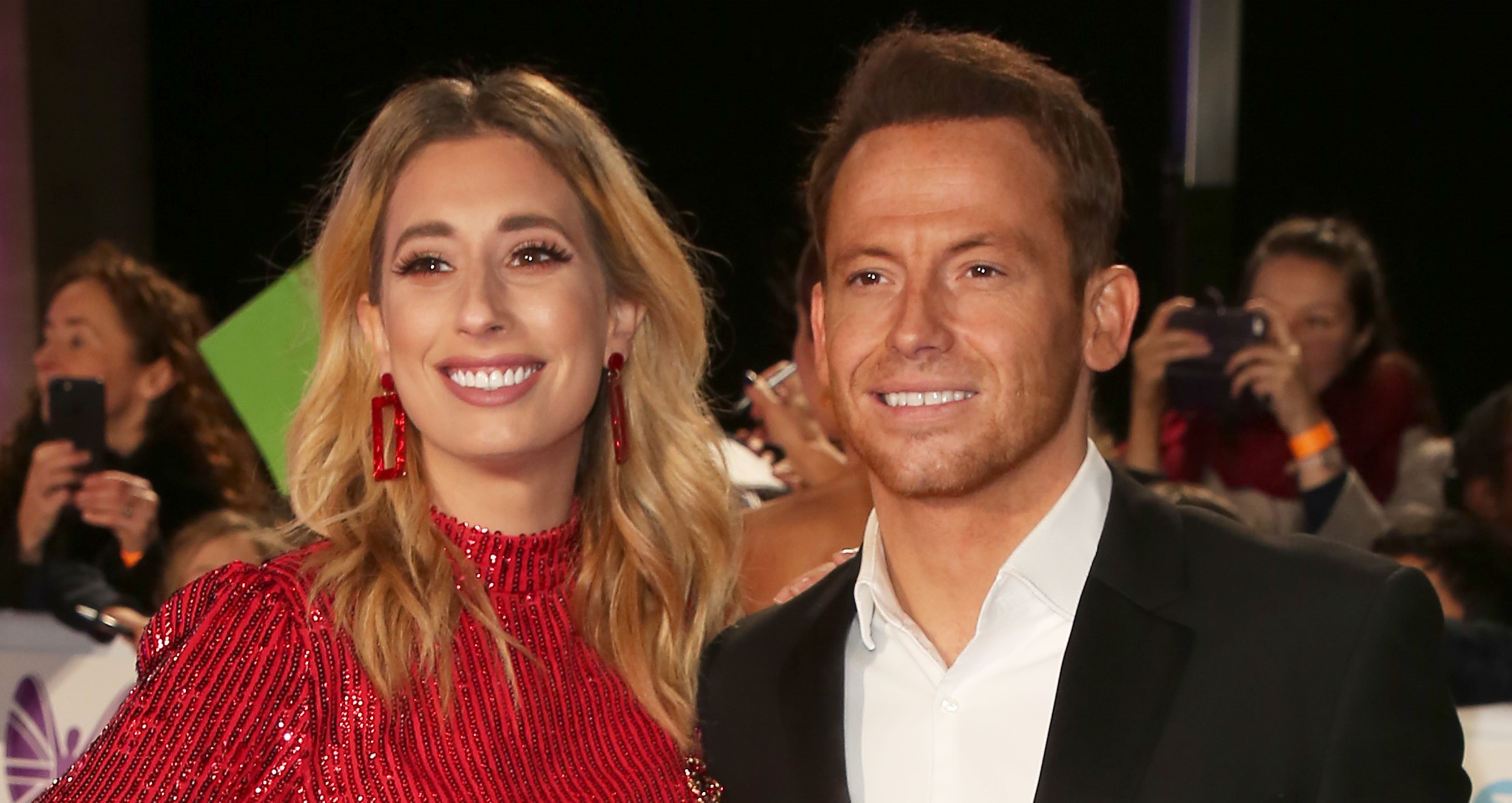 Stacey and Joe have been a couple since 2016 (Credit: SplashNews.com)

Read more: Stacey Solomon opens up about her stretch marks

Joe shared a picture of an exhausted and bloodied Stacey shortly after she gave birth to Rex.

And Stacey has shared just about everything - from opening up about sleep deprivation to unfiltered bikini photos.

What do you make of Stacey's pic? Do you think the criticism is fair? Tell us what you think on our Facebook page @EntertainmentDailyFix.