The TV personality shared a black and white snap of her newborn looking blissfully happy as she kisses him on the head with her 1.8 million followers yesterday evening - and Stacey reckons she’ll treasure it forever.

Stacey, 29, also joked the tot has been pictured having "happy thoughts" rather than experiencing wind in the image, which she has declared her "favourite picture ever".

She noted in the photo’s caption: "They say he’s got windy smiles, I say he’s having happy thoughts 💭 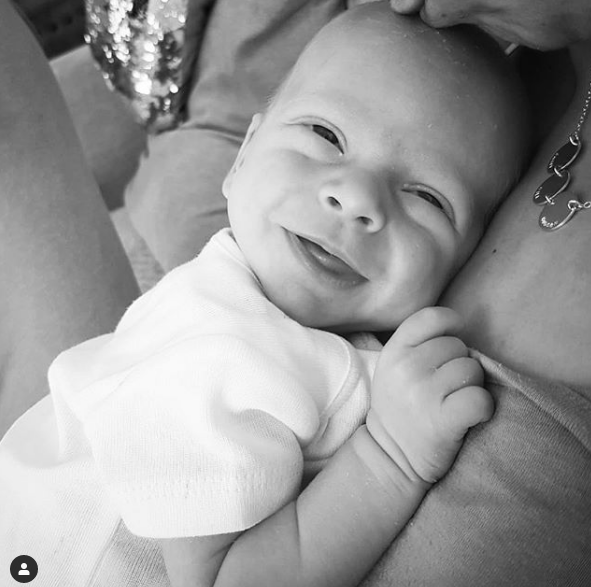 "This is probably my favourite picture ever. I keep looking at it and smiling.

"I’ll be using this to get me through the night feeds from now on! 💙."

I’ll be using this to get me through the night feeds from now on!

Deluged with appreciative comments and messages of support from her Insta followers, Stacey later apologised for not being able to reply individually and noted she would be taking a short screen break because of pressing matters - and a sense of relief - involving Rex’s digestion. 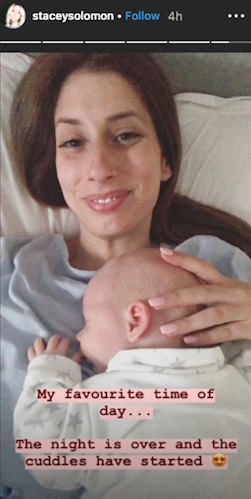 Read more: Coronation Street hints David Platt goes to prison as his family celebrate without him

"Thank you I can’t reply to them all as he’s mid poop (hurray for poop when you’re not sure if you’re making enough milk) so I’m going to put my phone down and enjoy watching him do a poo love u all."

Unfortunately, dad Joe Swash missed out on seeing Rex flash his gums at the camera as he’s away for work with This Morning presenter Alison aboard a Disney cruise.

Uploading a colour version of the same pic shared by Stace, he commented on the adorable shot: "How is my luck. I had to go away for work and Rex has his first smile 😃 gutted 😤."

Loose Women favourite Stacey recently revealed she had not left the house for a month after giving birth, blaming her hormones for making her worry about her son being susceptible to dirt and viruses. 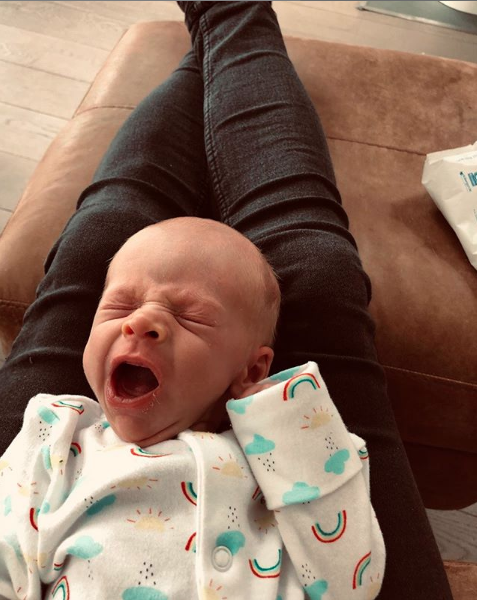 However, she confirmed yesterday she had been for a walk in the woods with her mum - even if she has yet to dress in clothes other than her jim jams.

"I love the woods. I forgot how good they smell. That was just the best," Stacey wrote on Instagram.

"Everyone was right, I am now thinking I can’t believe I didn’t do it sooner. But actually I’m so glad that we’ve been able to stay lost in our own world for the last 4 weeks and now I am excited to take Rex on adventures outside of our front room.

"Today the woods opposite our house, tomorrow who knows! 💙 Still haven’t managed to wear more than pyjamas though 😂😂." 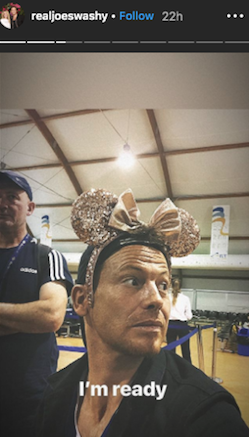