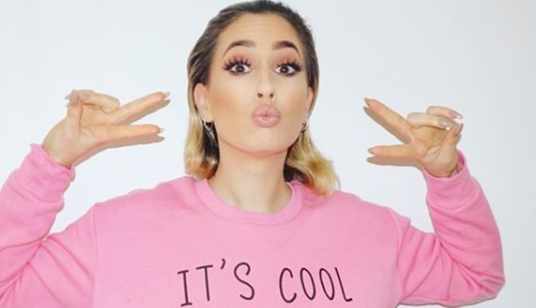 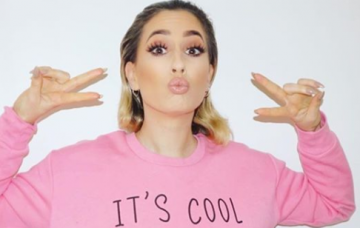 She doesn't care what people think!

Stacey Solomon has proudly revealed she didn’t shave her legs before going on holiday.

The Loose Women panellist admitted in her column for The Sun’s Fabulous that she didn’t have time to shave before taking her sons swimming at the hotel pool – and she couldn’t care less if people are offended by her body hair.

Stacey wrote: “If people don’t like you because you have normal body hair on your legs, they’re not worth knowing.”

Stacey admitted she used to go to great lengths to be hairless when she first started dating boyfriend Joe Swash, who couldn’t join her on holiday.

But now she can go months at a time without reaching for a razor as she said he really doesn’t care if she has hairy legs or not.

The 28-year-old admitted she hasn’t always been so body confident though as she was self-conscious about her hairy legs when she was younger, especially as she entered puberty earlier than her peers.

The former X Factor star said it was having her first son at the age of 17 that made her loosen up about her appearance.

“My dignity was completely gone and after that I thought, ‘People have shoved their hand up me to get a human out. Why do I care that I’m hairy?’,” she wrote.

She added that she now rarely shaves as she hates the rashes, missed tufts and nicks that can bleed for ages that go with it.

Stacey urged other women to embrace their body hair if they also hate shaving and waxing, as life’s too short.

“So to all the women who think waxing, shaving and grooming is the bane of their life and wish they didn’t have to do it – you really DON’T,” she told them.

Good on you Stacey!

It’s not the first time she’s spoken out about the issue, either.

In an Instagram video earlier this year, she joked about having “hair like Rapunzel” over her body – except on her eyelashes!

She said: “I mean why oh why oh why would anyone give me toe hair like Rapunzel, and eyelashes that don’t exist? I mean it’s either hair or no hair. You’re either hairy or not hairy!

“How could I be so hairy in places like my nose, toes and upper lip, and have stub hairs in the places that I want them?? WHY?”

And appearing on Loose Women last November, Stacey vowed not to shave or until Christmas.

“The hairs are getting longer by the minute!” she said. “I don’t shave my legs. I’d rather just wear trousers. If [hair is] there, why should I have to shave it off? I’m not going to shave until December.”

And she stayed true to her word!

On a follow-up show, Stacey said: “I’m hairier than Joe, that’s the reality of the situation. To be honest with you, I’m a lazy shaver in general. This is the worst it’s ever been but I’m probably never hair-free around Joe. He’ll just turn the lights off, you know what I mean!”

And she later added: “I have had so many comments of people saying, ‘Woman, shave your legs.’ The anger from people about my body hair is remarkable.”

Do you agree with Stacey? Leave us a comment on our Facebook page @EntertainmentDailyFix and let us know what you think!