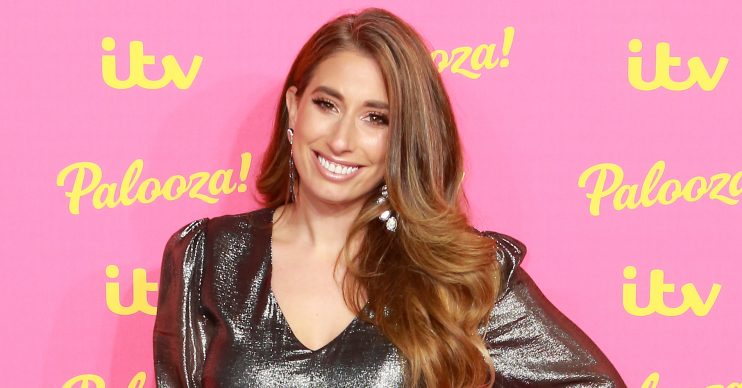 The Loose Women star has been called an inspiration

Mum-of-three Stacey Solomon has showed off her curves in a new bikini shot she posted to celebrate the New Year.

Amid a sea of “New Year, new me” selfies, fans have praised Stacey for promoting body positivity.

She said: “New year, same me. Because why change something that brought me the most happiness I could ever imagine.”

She added: “That brought me the smiley seven month old in the picture and the most amazing 11 year old taking it. I wouldn’t have it any other way.”

New year, same me. Because why change something that brought me the most happiness I could ever imagine.

She is also mum to sons Leighton, seven, and Zachary, 11.

In the picture, a smiling Stacey is seen sitting at the edge of a pool with her adorable baby son.

Sending out her body positive message, the Loose Women host continued: “Here’s to another year of loving our bodies no matter how hard society tries to stop us.”

Fans were quick to comment on the shot, calling Stacey “amazing”.

“Please don’t ever change who you are,” said one fan.

“Fabulous inside and out you are. A real inspiration,” commented another.

Another fan said: “I needed to see this today, feeling low and not loving my body right now, but trying to remind myself how lucky I am and that my body is healthy and just a little different to when it’s smaller.”

“Such a fantastic role model for ladies and girls everywhere!” said another follower.

Stacey also revealed that son Rex is about to start crawling.

Speaking on her Instagram Stories, she revealed she’d taken the tot swimming and, when they got home, she shared a video of her son “trying so hard to crawl”.