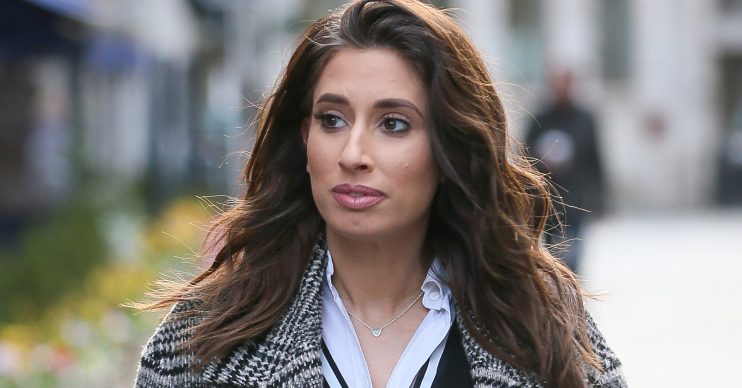 She wants to cherish every moment

Mum Stacey Solomon shared a sweet new video of her baby son Rex and admitted she is sad about how quickly he is already growing.

The mum-of-three, who gave birth on May 23, posted an adorable video of Rex on her Instagram Stories, which showed him wearing a new navy Babygro.

Stacey gushed over her little one and tickled his tiny feet as she spoke to her fans from behind the camera.

Stacey gave fans an update on her baby son after dressing him in his new outfit.

She told her followers: “This is the first time Rex is wearing clothes that aren’t a white, blue or grey Babygro. And I love it, it’s adorable.

“Although, it does make him look like a really big boy, which is sad, but cute.”

The Loose Women star, who has welcomed her first child with boyfriend Joe Swash, admitted that the days with a newborn just disappear.

The 29-year-old shared a candid snap as she did the night feed with Rex and wrote: “How does the night come around so quickly?

Stacey, who also has Zachary, 11, and seven-year-old Leighton from previous relationships, has been openly sharing her new journey with fans.

In another post, she revealed how proud she was after expressing milk for her son.

Holding up a baby bottle, she wrote: “I’m so proud of this. Roll on 2am I’m ready for you.”

It comes after she shared her struggle to initially breastfeed.

Stacey gave birth to her son earlier than expected last month, when she was praised for being so honest about what post-birth looks like.

She shared a picture of her covered in blood and cradling her baby boy just moments after giving birth.