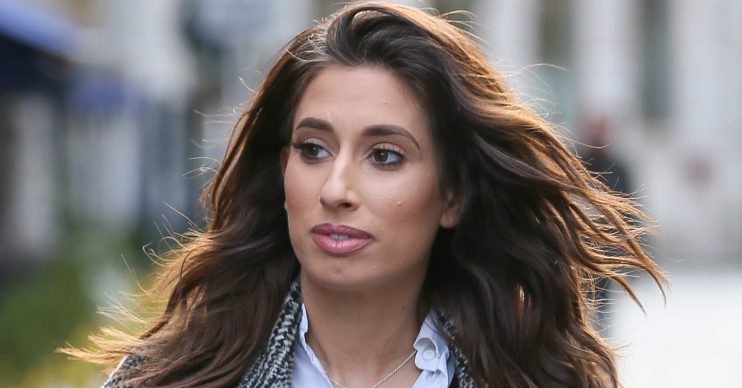 It will cover her struggles caring for Rex

The Loose Women star, 30, took to her Instagram Stories to reveals plans to launch her own podcast series all about childbirth.

Stacey, who welcomed her third child in May, told fans: “I’m actually really nervous about saying this, I guess because it’s really personal and I’m quite nervous for it to be out there but also really excited. Basically, I’ve been working on a podcast.

Read more: Stacey Solomon admits she ‘wants to sob for hours’ as she relives memories of Rex’s birth

“Ever since I had Rex, I’ve been recording the way that I’ve been feeling and speaking to different people in my life who were around me at really difficult times after giving birth.”

“I don’t think, after having three children, I’ve ever felt what I thought I was supposed to feel like.”

A link shared in the clip pointed to a listing on Apple Podcasts that showed it will be called Here We Go Again with Stacey Solomon.

The mum-of-three added in a caption included with the clip, shared on Sunday (24.11.19): “I have been recording a podcast since giving birth because I’ve never given birth and felt the way I thought I ‘should’ so I decided this time to record my thoughts, for myself to reflect on and for anyone else who may be struggling…”

Stacey will be joining a long list of celebrities who have their own podcasts.

Former TOWIE star Gemma Collins has enjoyed success with a podcast on BBC Sounds, launched earlier this year, and had fans in hysterics with a number of bizarre tidbits about her life, past and present – including the fact that she didn’t know what a toaster was when she was younger.

The X Factor‘s Dermot O’Leary is another TV personality with a podcast.

His series, called People, Just People, sees him carrying out thought-provoking interviews with famous faces “from all walks of life”.

Similarly, Spice Girl Mel B presents one about relationships.

The Wannabe hitmaker is the host of The Truth Flirts, a new podcast from dating app Badoo, which recently welcomed Megan Barton-Hanson as a guest.

The Love Islander was on to chat about her relationships with women and admitted she won’t date a man again as she can’t look at willies any more.

Will you be tuning in to Stacey’s podcast? Leave us a comment on our Facebook page @EntertainmentDailyFix and let us know.