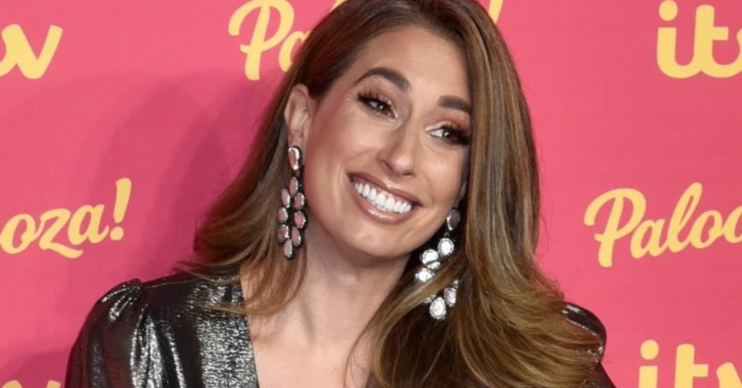 However, she still has to to endure thoughtless comments from know-alls

Telly fave Stacey Solomon has moved her social media followers with a sweet picture of her three sons.

The Loose Women star, 30, uploaded a snap of Zachary, Leighton and Rex, who turns one in May, for her 2.8 million Instagram fans – and thousands of them were delighted by the heartwarming pic and the inspiring caption Stacey included about her blended family

Stace also made sure to make a sensitive reference to partner Joe Swash’s eldest son Harry, who he shares with a former partner.

“Brothers,” she wrote on the photo of the trio of young lads in fluffy grey jumpsuits.

“No such thing as half in this house, and that includes ALL FOUR of our Pickles.

“They may have different hair, different skin tones, different eye colours and different parents but they have the SAME LOVE for each other and that’s all that matters.

No such thing as half in this house, and that includes ALL FOUR of our Pickles.

“Forever blended and proud to be.”

TOWIE personality Lydia Bright was among those to leave a comment on the pic.

She wrote: “What a beautiful caption Stacey. Family is all about LOVE.”

A third person contributed: “Love this! You’re absolutely right too.”

Another appreciative fan gushed: “They’re so lucky to have you!”

“Never for one minute thought they were half they are all whole,” added another follower.

However, it seems Stacey is still forced to endure thoughtless comments from some social media users who think they know best.

Earlier today she hit back in a series of Insta Stories posts after she received notifications from followers who mistakenly believed she had put Rex down for a nap outside.

“I’ve received quite a number of concerned messages along the lines of: ‘Where’s your child’s blanket? It’s freezing outside!'” she addressed her critics.

With a scoff and a chuckle or two, she continued: “Susan, Susan, Susan… He’s not sleeping in the garden.

Stacey then posted an additional Story showing her smiling and merrily mopping up in her kitchen, with the clip soundtracked by the chorus if Bob Marley and the Wailers’ hit Three Little Birds.

“[This is] A message to all the Susans all around the world worried about other people’s Pickles when there’s no need to be worried,” she captioned a series of clips.

And a subsequent story showing a now-awake Rex also contained a sarcastic rebuttal to those lecturing Stace on how to raise her infant son.

“He’s up and he hasn’t turned into an icicle, phew,” she joked.