Stacey Solomon will be swapping the Loose Women panel for the Bake Off tent this year.

The mum of two has been confirmed as one of the many celebrities taking part in The Great Stand Up To Cancer Bake Off for Channel 4.

Stacey, 28, will be whipping, stirring and baking all in the name of charity when the show airs later this year. 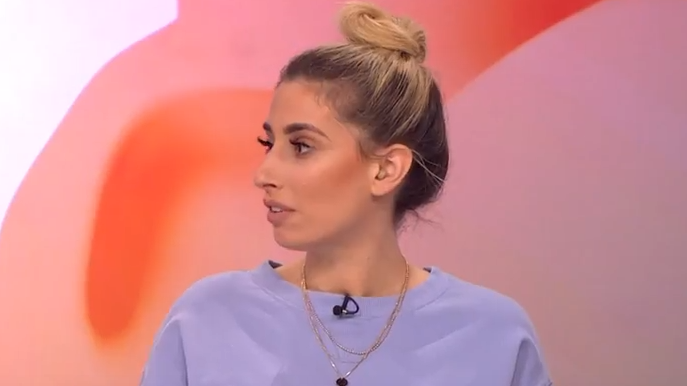 Stacey is best known these days as a Loose Women panellist (Credit: ITV)

She faces stiff competition, however, as a slew of other famous faces will be hoping to be crowned Star Baker, too.

Read more: Holly Willoughby stunned by "best birthday surprise" ever on This Morning

Completing the line-up is Ruth Davidson, the leader of the Scottish Conservative Party.

The celebs will be split across different episodes, with four celebrities at a time baking across three rounds in the hopes of being crowned Star Baker.

Bake Off judges Paul Hollywood and Prue Leith will be overseeing proceedings, with Noel Fielding and Sandi Toksvig back to offer commentary and hugs for any contestants who may need them.

The Great Celebrity Bake Off for Stand Up To Cancer will air later this year.

Liam from last year's Bake Off has landed a new job! (Credit: Channel 4)

Meanwhile, that isn't the only Bake Off news of the day!

Liam Charles, who finished fifth in last year's Bake Off, has been confirmed as a co-presenter on the new, Bake Off: The Professionals, show.

Read more: Olly Murs wants Spice Girls reunion as there are two missing "from his collection"

It will see 12 professional duos from across the UK going head to head in a series of heats judged by pastry chefs Cherish Finden and Benoit Blin.

He said: "I'm totally amazed by the skill of professional chefs and to be doing this so soon after Bake Off, is just sick. I can't wait to get cracking. I told you I'd be back.

Will you be watching the celeb version of Bake Off? Leave us a comment on our Facebook page @EntertainmentDailyFix and let us know what you think!