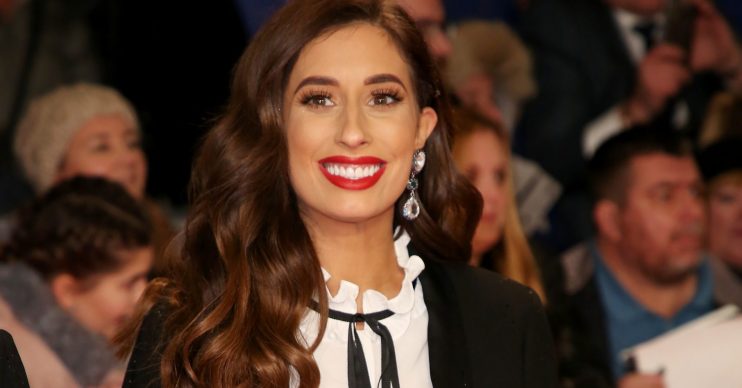 Stacey Solomon warned by fans that son’s packed lunch is ‘too much!’

It looks great to us!

Stacey Solomon took to Instagram stories to share her son’s Jurassic Park-themed lunchbox only to be told it’s too much… food that is, not imagination.

A prolific Instagrammer, Stacey shared the story with her 2.8million followers with a caption asking to hear ideas from other mums.

She went on to reveal her daily struggles to get her ‘middle pickle’, seven-year-old Leighton, to eat his lunch and was hoping other mums could help.

The 30-year-old told her followers: “Middle pickle not eating his lunch at lunch time, I think it’s because he’s too excited to get out and play.

“So I’ve tried to make a fun Jurassic Park lunch today and told him he gets a sticker if [he] gives it a good go.”

Earlier in the week the Loose Women panelist filmed herself packing the impressive lunch into three different compartments, cut into shapes such as dinosaurs and palm trees.

I think he just gets too excited to get out and play!

Along with celery, cucumber slices, grapes, melon and two different types of sandwiches – salmon with cream cheese and ham – Stacey also included a packet of Hula Hoops, a dried fruit roll-up and a smoothie drink.

While fans commented under the image how impressive it all looked, the TV personality mentioned in a later story that people had messaged her to say that she gave too much.

🤍 Brothers 🤍 No such thing as half in this house, and that includes ALL FOUR of our pickles. 🤍 They may have Different hair, different skin tones, different eye colours, and different parents but they have the SAME LOVE for each other and that’s all that matters 🤍 Forever blended and proud to be… Happy Sunday everyone. Hope you’ve had a lovely weekend. We just watched Joe skate – very proud 🥰 and now i’m going to get them all into bed nice and early. Wish me luck 😂 Love you all 🤍

She said: “[I’ve had] so many nice messages about packed lunches. Loads of you are like, ‘that’s way too much for a packed lunch’.

Stacey laughed and explained how she gave him a bit of everything he liked in the hopes of encouraging him.

“So I just put it all in there and hope that he’ll eat a bit of everything. But maybe I’ll cut it down a bit.”