'It's been the longest, most emotional week'

Stacey Solomon has reassured her Instagram followers after revealing her two-year-old son is back in hospital.

The Loose Women star, 31, has spent the past few looking after little Rex following a “nightmare” accident.

The toddler previously fell over and hurt his lip, resulting in a trip to A&E and stitches.

Now, Stacey has revealed her son is back in hospital with a temperature.

Last night (June 17), the star shared a snap of herself and Rex in triage.

She explained: “Aw guys we are back in triage because Rex’s temperature has been spiking tonight.

“They’re sure it’s all ok but because he’s little and post-op they won’t take any risks, so it looks like we are in for the long haul tonight.

“It’s been the longest, most emotional week. I honestly don’t know how I’ve even got one eyelash still on.”

The pregnant star explained the youngster was “ok and stable”.

“And I’m so grateful for your kindness, honestly. I’m so very tired and emotional but I can’t even begin to describe the comfort your messages and kind words have brought to me all through the night.

It’s been the longest, most emotional week

“They were like the cuddle I really needed at 3am. So thank you.”

Furthermore, Stacey revealed the pair were due to return home.

In addition, she said: “I’m going to try so hard to look after us all today. Rex, baby and me and get us home and safe as soon as possible.”

What happened to little Rex?

At the time, the mum-of-three shared: “We had a nightmare yesterday. Rex fell over in the garden and we were like, ‘Up you get,’ and then we looked and it was not an up you get situation.

“He hurt his lip so we took him into A&E and he had some little butterfly strips put on.”

Following the incident, Rex was in and out of hospital before having a small operation.

However, Stacey explained the tot was “doing well” as they returned home yesterday.

Meanwhile, the TV star is currently expecting her second child with 39-year-old Joe. 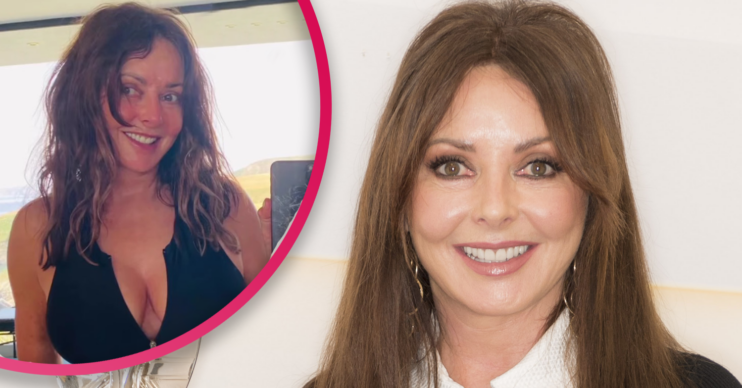