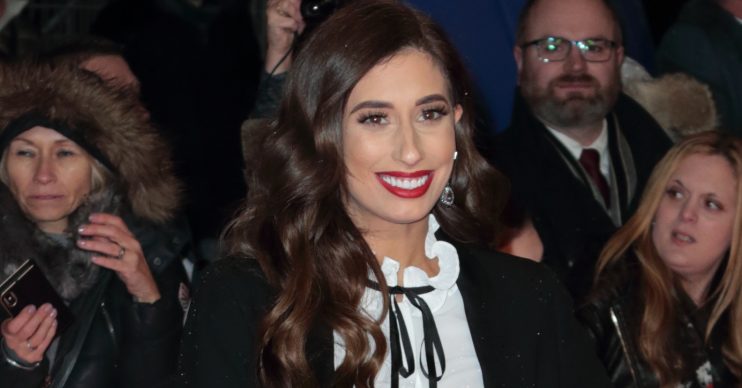 Baby Swash-Solomon is due in a few weeks' time

Pregnant Stacey Solomon has shared a clip of her belly moving and joked she might be having an “alien” baby.

The Loose Women star, 29, posted a video on Instagram of her “little pickle” baby Swash-Solomon having a good kick.

She captioned the clip: “Good morning! You ok in there hun? I love waking up to this… It is definitely starting to feel like an alien who wants to escape now though. I Love you my little pickle.”

Many of Stacey’s pregnant fans rushed to the comments to share their own experiences.

One said: “Currently only 15 weeks with my fourth and I can’t wait to start feeling little one move best feeling! Sending lots of love.”

Another wrote: “I have a very wriggly little baby in my tummy, I swear it’s Hulk inside trying to smash his way out.”

A third commented: “Best feeling ever though!! But I agree, it’s freaky.”

Someone else said: “The most amazing feeling! My little girl is five months now and I still miss my bump and feeling her move.”

Stacey has been open about the struggles of pregnancy since revealing she is expecting in February.

Earlier this week, she told fans she is going through a phase of hormonal sweating.

The update was posted to Instagram with a cute snap of Stacey lying in her garden with sons Zachary, 11, and Leighton, seven.

She wrote: “Laying in the garden before bed time with these two so that I don’t feel so guilty for the lack of fresh air they’ve been subject to today. It’s been one of those ‘yes you can play what you want for as long as you want’ kind of bank holidays!

“It’s also helping with my hormonal sweat outbursts so everyone’s a winner. Hope you’ve all had a lovely bank holiday weekend!”

Stacey admitted yesterday (May 8) that news of the royal baby, whose full name was revealed as Archie Harrison Mountbatten-Windsor, left her feeling “jealous” of Prince Harry and Meghan Markle.

She said on Loose Women, after a clip was aired of the royal couple bringing Baby Sussex out into the public for the first time: “It’s such a wonderful thing isn’t it? A baby. It makes me a bit jealous!”

Stacey is believed to be due in around four weeks’ time.

Her third child will be her first with partner Joe Swash, who has an 11-year-old son called Harry from a previous relationship.