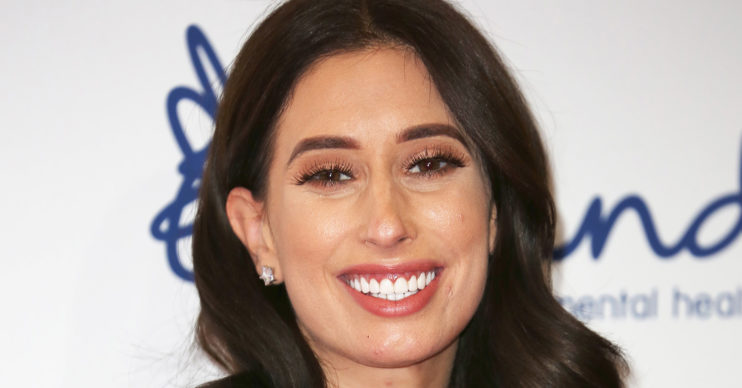 And it is for none other than her youngest son Rex, who is about to turn one-years-old.

The Loose Women star, 30, is constantly updating her Instagram fans on the birthday plans.

Sharing updates to her some 3.3 million followers, baby Rex looks set for one special day indeed.

In between home schooling her three children and her Loose Women hosting duties, she’s been busy prepping.

This includes creating a special birthday chair for Rex.

Taking to her Instagram stories, she explains that her children always have a special chair on their birthdays.

She says Rex’s fave chair is a swinging egg chair, so she carefully decorated it with flowers while he was out on a walk with dad Joe Swash.

Read more: Holly Willoughby shares hair disaster as she dyes it at home

“I have so much to do ahead of Saturday so I better get started,” Stacey admitted in her stories.

She also got crafty by creating her own donut wall. She took a black canvas and added pegs and chalked: “Donut grow up”.

Her plans are outlined in a strict to-do list called “Pickles first birthday”.

Pickles of course being Stacey’s and Joe’s favourite nickname for their little tot.

In addition to her chair decorating and donut wall creating, she also plans to bake a cake, make a birthday card, wrap presents, decorate Rex’s highchair and make a balloon arch.

She single handedly built a balloon arch from scratch.

But she admitted to her followers that it was no easy task: “Tried to hide the string but I’d need more balloons and I’m not blowing up another bloody balloon, so it’ll have to be stringy.”

Sticking to strict lockdown rules, they are having an immediate family party only for Rex.

She even shared a sneak peak into his birthday gifts, which included a plastic toy phone.

She joked that she hoped the gift would deter him from stealing her and Joe’s devices.

Before ending her series of stories, she showed her son Zachary petting their pet chihuahua.

She explained: “Slowly but surely getting there. Zachy has come back to help me ice the cake.”

What do you think of Stacey’s birthday plans for Rex? Share your thoughts with us on our Facebook page @EntertainmentDailyFix.