The TV personality told her fans that little Rex has now grown big enough to move up a size in baby clothes.

Stacey gave birth to her son a month earlier than planned on May 23. 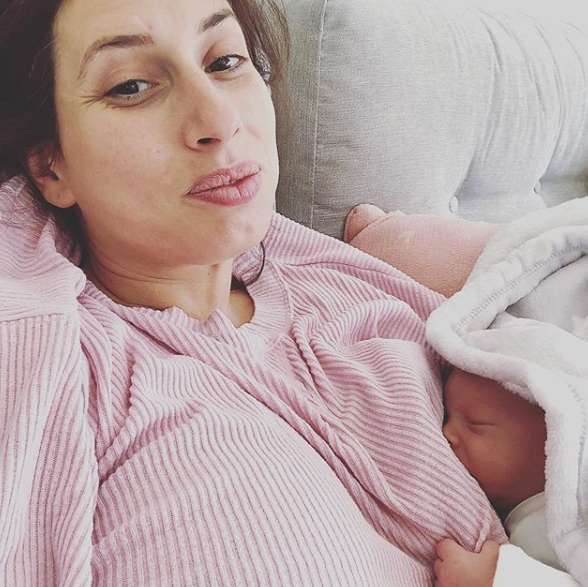 Stacey, 29, shared a sweet picture of her baby boy laying by his new outfit and wrote: "Moving up a size. 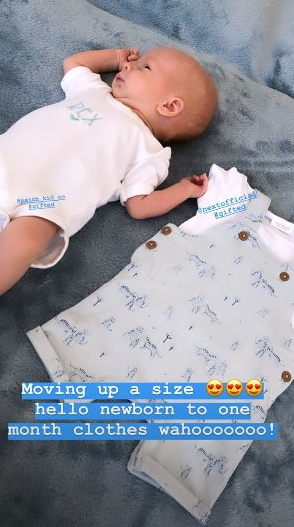 The proud mum then dressed her son in his bigger Babygro and showed him off.

She posted another snap of little Rex in his new outfit and captioned it: "So in love with you Rex." 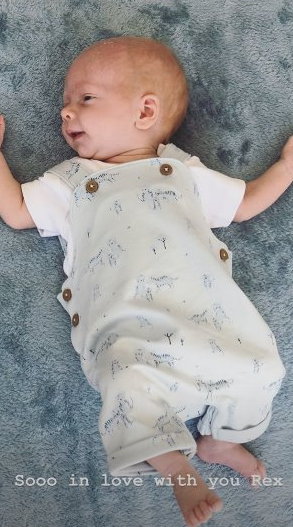 Stacey, who has had her first child with boyfriend Joe Swash, previously revealed her sadness that her baby seems to be growing up so quickly.

Sharing a pic of Rex in a navy outfit last week, she admitted to her followers on Instagram Stories: "This is the first time Rex is wearing clothes that aren't a white, blue or grey Babygro. And I love it, it's adorable.

"Although, it does make him look like a really big boy, which is sad, but cute." 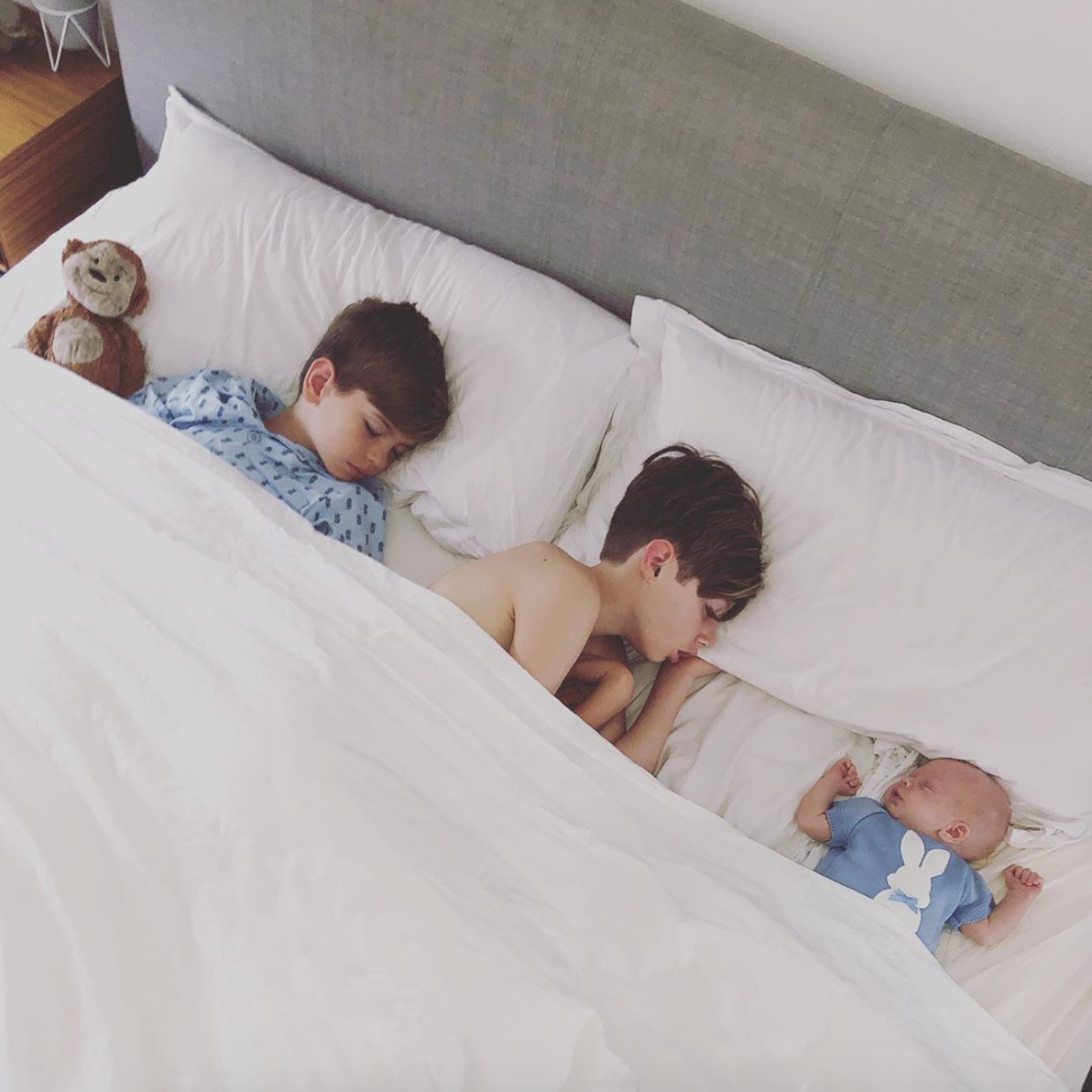 The mum-of-three has shared her pride over how well her older sons Zachary, 11, and Leighton, seven, have adapted to their new sibling.

The two boys have been doting over their new baby brother ever since he arrived. 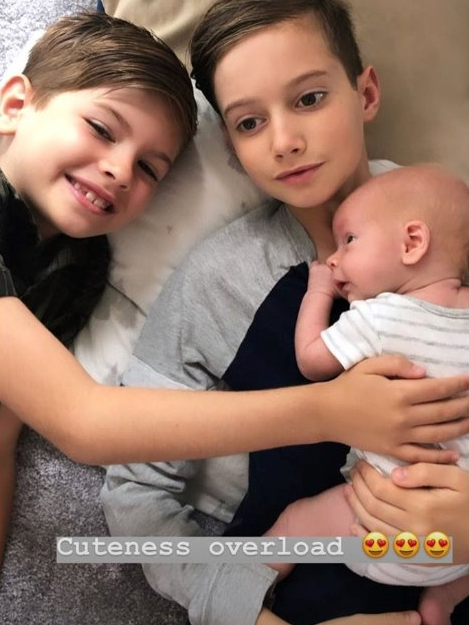 She shared this adorable pic of her boys (Credit: @staceysolomon Instagram)