The Loose Women panellist dressed her eldest boys, Zachary, 11, and Leighton, seven, in blue shorts and white tops and she matched them in her dungarees and white vest.

Stacey cradled her newborn son Rex in the cute pic, too. The one-month-old was also included in the theme and wore a white Babygro.

However, she revealed it was stressful to get the picture because she didn't want Rex exposed to the sun.

She tried to keep Rex out of the sun (Credit: @staceysolomon Instagram)

Stacey wrote: "💐 Garden time. 💐 There were some weird hormonal moments today. But feeling the sun on my skin, fresh air and warmth is like medicine for the soul! And having to move around like a sun dial in awkward positions so that I could enjoy some rays but not let any on Rex was a form of meditation in itself 😂.

"I couldn't think of anything else other than - has the sun moved? Is it on his skin? And how the heck am I going to manipulate my body to block it? I'm even mildly disappointed that for the 3 seconds it took for my sister to take this picture, there appears to be some sneaky sun on his arm! Damn it! 😂." 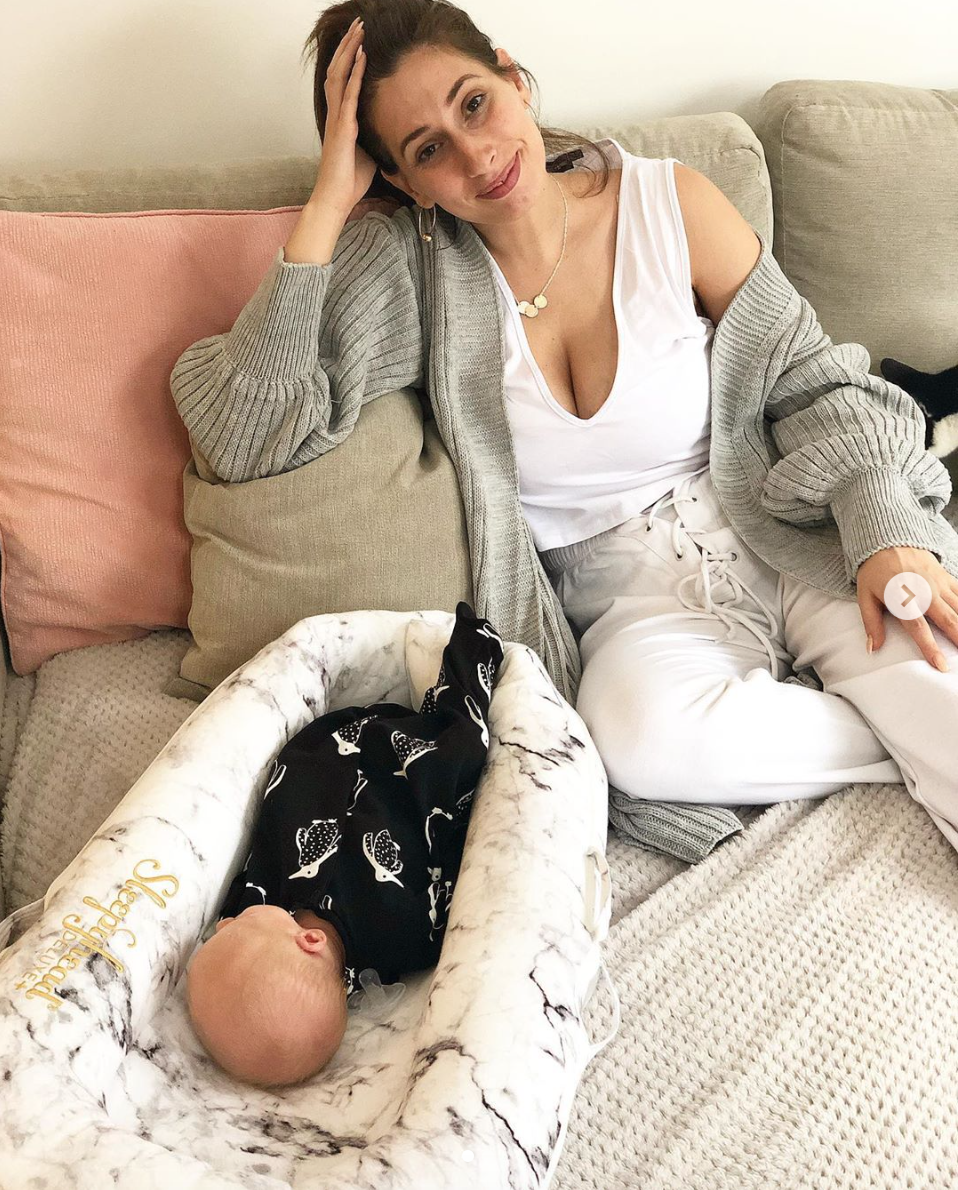 There were some weird hormonal moments today...

Stacey's partner Joe Swash wasn't in the pic as he is currently away on a Disney cruise, where he was been presenting slots for This Morning.

Stacey shared a snap of herself and Leighton FaceTiming Joe, and even little Rex was in the frame!

The mum-of-three told the ex-EastEnders star to hurry home because they all miss him. 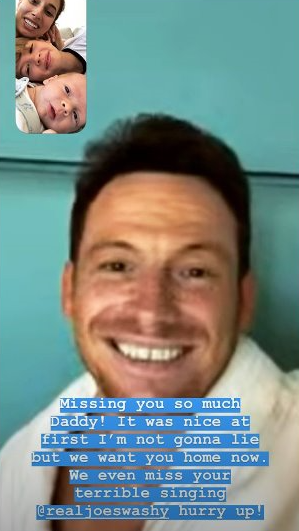 Stacey gave birth five weeks ago, but yesterday (June 27) she confessed it's only just hit her that she has a new baby.

The 29-year-old shared a video on her Instagram Story, which showed little Rex sleeping peacefully in his cot in the living room.

As she watched him snooze, an emotional Stacey said from behind the camera: "Just sitting here feeling a bit emotional that there is a baby in my front room. It sounds stupid but it feels like I've only just realised.

"I was dreaming and imagining about having a baby and cot in my house and now he's actually here. My gosh. I've got a baby..." 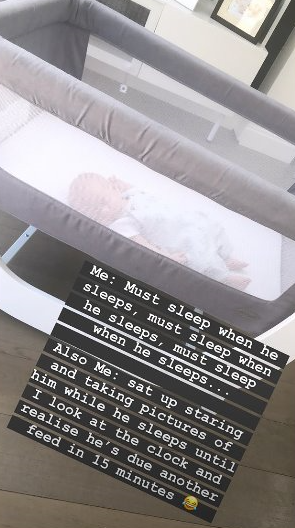 She doted over her sleeping son (Credit: @staceysolomon Instagram)

She then chuckled to herself: "What the hell is wrong with me? He's been here for five weeks now but I feel like I've only just taken it in."