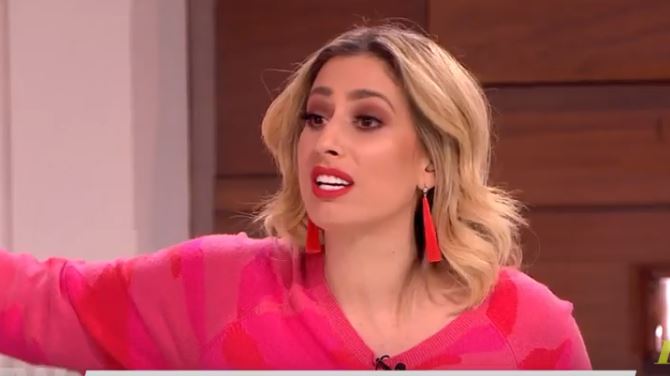 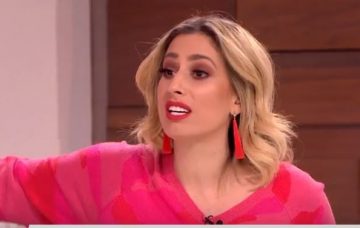 She's incredibly passionate about this topic

Stacey Solomon and Ruth Langsford had VERY different opinions on today’s Loose Women when it came to airbrushing.

The panel were discussing Stacey’s recent photoshoot with Celebrity Secrets magazine, in which she posed in her bikini for a non-airbrushed image.

She then allowed that image to be completely airbrushed and transformed, so the two pictures could run next to each other and highlight the difference between real life and computer trickery.

Stacey explained: “I wanted to do a piece with a magazine called Celebrity Secrets about airbrushing and how far people will go to airbrush their bodies and how different it is to real life, and how dangerous it can be for people influenced by it.

“I feel very passionate about how men and women view themselves and the pressures put on them by society, so anything I can do to raise awareness of that I want to be part of.”

Showing the images on screen, Stacey explained her arms had been reduced, the lumps taken away from the side of her waist, her stomach flattened, and her face heightened and shortened.

“It doesn’t look like me,” she said. “I know what I look like. I look at myself every day and when I look at that picture I see a great CGI version of myself.”

Ruth, however, felt there was nothing wrong with airbrushing glossy magazine photos, and questioned whether most people would now realise the pictures they see in magazines are heavily filtered.

She pointed out she’d done a magazine cover before Christmas, saying it was the “most glamorous” she’d ever looked thanks to hair extensions, a wind machine, teeth whitening and airbrushing.

Ruth also said she wouldn’t have done the magazine cover if it hadn’t been altered.

Ruth said: “I hear what you’re saying, particularly for young people who suffer from depression or mental health issues and feel a lot of pressure, but most people know when they buy a magazine it’s not real. You’re buying an image.”

But Stacey said there is a “moral obligation” to make the image true to life.

Ruth asked the panel would any of them would really buy a magazine if there was a photo of her on the front cover showing off wrinkles and bags under her eyes.

While they all insisted they would, Ruth was unconvinced: “It wouldn’t budge off the shelves!”

Stacey argued that people have been conditioned to want the glossy, airbrushed photos and that’s why more needs to be done to show what’s actually real.

Ruth replied: “I agree with you. It was an amazing campaign but I’m talking about magazines. They sell because we are buying into a lifestyle and a glamour.”

But Stacey hit back: “No, they sell because we tell people they aren’t good enough so they can sell their products on the pages of magazines to someone who is insecure.”

Wrapping up the debate, Ruth told Stacey: “The reason I think I can do that [pose for airbrushed magazine photos] is that people know I don’t look like that. On Instagram there are pictures of me with no make-up on, walking the dog at the gym.

“To me, it’s just dressing up and playing.”

The entire discussion was inspired by Stacey’s photoshoot for Celebrity Secrets, in which she voices her concerns about how airbrushed images are affecting youngsters.

She says: “Children are robbed of their childhood because they’re under pressure to look a certain way.

“Even if you ask 100 teenagers if they think a picture has been edited, and they all say ‘yes’, they’ll still want to look like that – as that’s what they think ‘pretty’ is

“And that’s what we’ve got to eradicate.”

To read the full Celebrity Secrets Stacey Solomon interview and see more exclusive photographs buy the OK!/NEW!/Star magazine bumper pack, on sale now for the rest of the week.