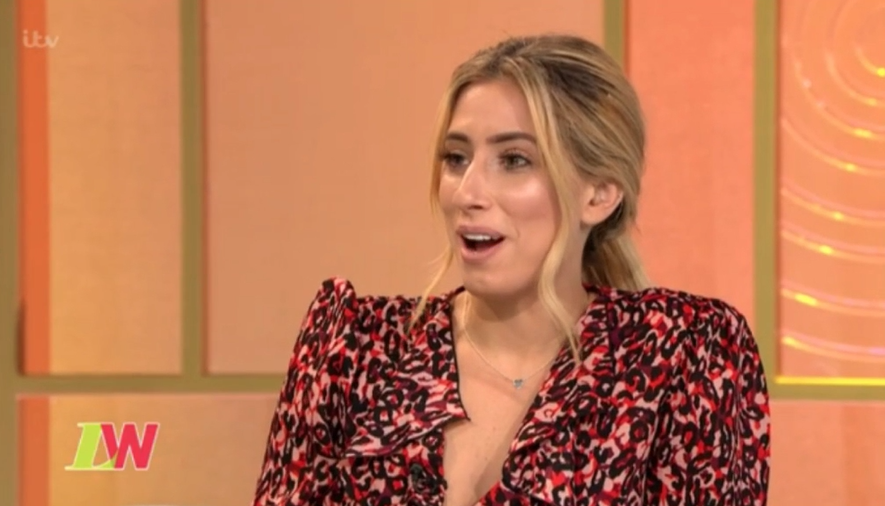 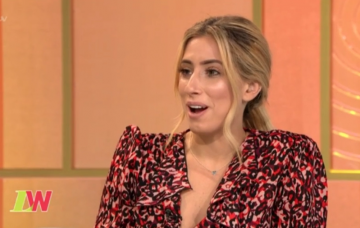 She said the pair have almost "parallel lives"

Stacey Solomon has opened up about how “creepy” it is that her boyfriend Joe Swash and her dad David are “so similar”.

During Wednesday’s Loose Women, the panel were discussing that some women partner up with men that have similar features to their fathers.

Although Stacey, 28, admitted Joe and her dad don’t look alike, she said they have such “parallel lives” that she sometimes feels like she’s dating her dad!

Stacey explained: “I often find myself listening to [Joe] and thinking ‘I have found my dad as my partner.’

“It’s so creepy, they’ve got almost parallel lives.  They grew up in the same area, they lost their dads at the same age, they have the same characteristics.”

She continued: “They eat the same food, they eat the same way. There’s something really strange about the fact that they are so similar in personality. They are both outspoken and confident.

“It is weird though, sometimes I lay down next to him and think, ‘Oh god it’s my dad.'”

Her fellow panellists gasped at her confession, and Janet Street Porter exclaimed: “Oh my God, I can’t believe she said that!”

Laughing, mum-of-two Stacey replied: “He does not look like my dad, I must stress!”

Stacey and Joe have been together for two-and-a-half years.

Stacey is very open about her relationship with Joe and often reveals details of their romance on Loose Women.

After watching the shows, Stacey said: “If TV is anything to go by I am super-lazy, honestly! There are certain things where they make me feel like I’ve done a workout just watching it.”

Talking about her sex life, Stacey added: “There are some things that you do and you think, ‘I don’t think I can retain this position.’ My thighs are burning and I’m sweating.”

And even though she often reveals intimate details about their relationship, Stacey said earlier this year that she checks with Joe before spilling the beans.

She told OK! magazine: “It’s always nice to share personal experiences. It’s like therapy for me and being honest can help other people too.

“Sometimes it’s difficult though. I have to think, should I speak about this and who will it affect if I do?

“If I’m going to say something really personal, I’ll just run it past my family or Joe first to make sure they’re comfortable with it.”

Are you happy to reveal intimate details about your relationship? Let us know what you think by leaving us a comment on our Facebook page @EntertainmentDailyFix! 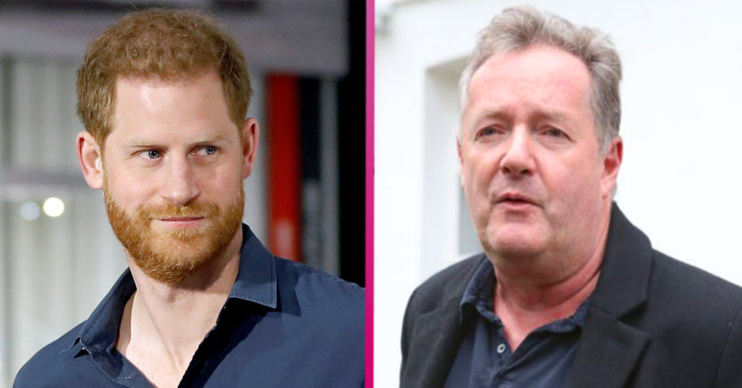