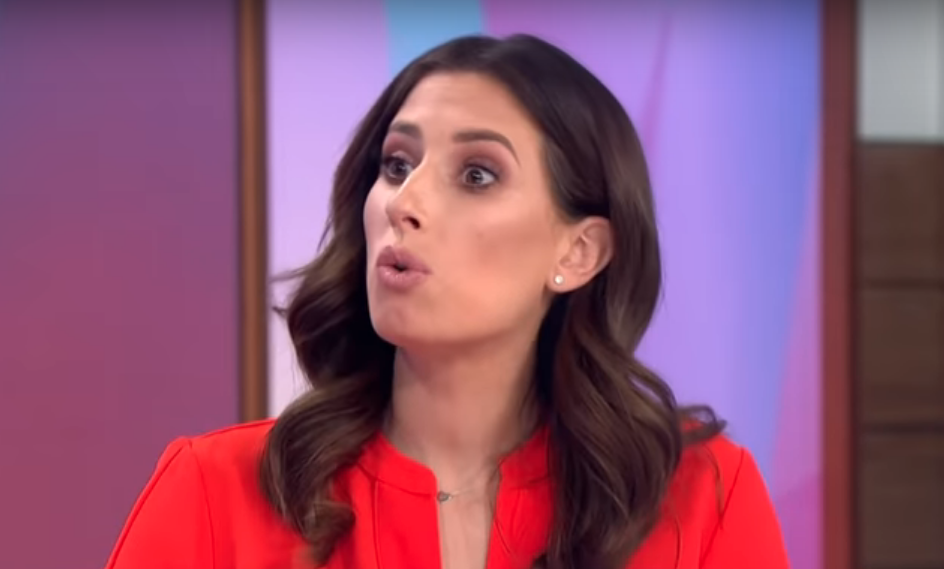 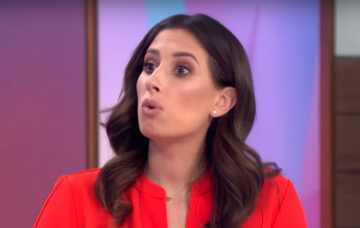 Stacey Solomon has revealed her pregnancy cravings have kicked in.

The Loose Women favourite, 29, gave her 1.3 million Instagram followers a peek at her ‘early lunch’ this morning – and also admitted she’s taken a fancy to a drink she could never abide before.

Over on her Twitter account Stace went on to explain she drenched her chippy meal with vast amounts of tastebud-tingling vinegar and asked fans whether her excessive yearning for the acidic condiment should be a worry.

Thankfully, her supportive Twitter pals backed the Essex presenter to the hilt, with many sharing anecdotes about their own pregnancy cravings as they reassured her.

Some fans even took her current fondness for more than a spot of Sarson’s as an indication the mum-of-two will be having another boy!

However, there were other mothers – of girls – who claimed they also couldn’t get enough vinegar during their pregnancies.

Recounting her pre-lunch munch with a couple of crying with laughter emojis, Stacey tweeted: “So today I went to the chip shop for, I’m going to say lunch (but it was breakfast time for most) and I drowned my chips in vinegar to the point they were falling apart and they stank but it still wasn’t enough for me. Is this normal?”

Read more: James Jordan ‘could miss out on the rest of Dancing On Ice due to injury’

“I was addicted to vinegar with each of my 3 boys,” recalled another follower.

“I kid you not, I craved salt and vinegar non stop with my little boy!” said a third person.

Many others, meanwhile, said they liked to take their chips as Stacey described them on a day-to-day basis, whether they are expecting or not.

☀️ Sunshine cuddles ☀️ This afternoon we got a rare ten minutes to ourselves as both of the boys had an afternoon nap (This hasn’t happened in years!) so we laid on the grass and soaked up some Vitamin D. I CANT BELIEVE ITS ONLY FEBRUARY ☀️

Back over on her Instagram Stories, Stacey also expressed surprise at how she’s come to enjoy a good cuppa, having previously never been one to sip a brew.

“I’ve started drinking tea which I haven’t liked my whole life,” she laughed.

Stacey and partner Joe Swash announced there will be new member joining their family last week.