Presenter and Loose Women favourite Stacey Solomon had to fight back tears as she talked about being unable to breastfeed her youngest son, Rex.

Speaking on the daytime programme today (February 13 2020), the 30-year-old mum of three recalled the pressure she put on herself to breastfeed the tot because she had "romanticised" the process in her head.

She told her fellow Loose Women panellists: "I really wanted to breastfeed and I don't know why... I think about that a lot. I didn't feel any pressure. Society isn't the same as it was 10 years ago, 11 years ago when I had my eldest, where I felt I had to breastfeed because I was told to." 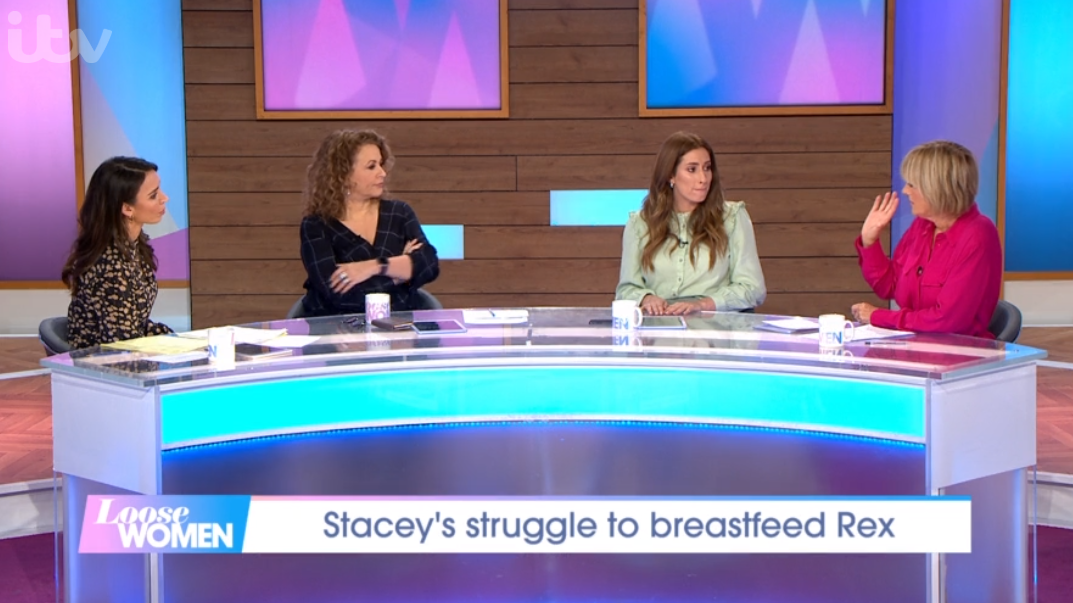 After having Rex, people encouraged her to do whatever works for her as a new mum, but it was the "pressure" Stacey put on herself that she struggled with.

Why aren't I just pushing through it and getting there?

Having imagined herself breastfeeding him all through the pregnancy, Stacey struggled to accept reality when she found she "just couldn't do it".

She explained: "I really wanted to do it, but I just felt like I didn't know if I was being lazy or if I just couldn't take the pain, and you just go over things in your mind, don't you? You start thinking, 'Well, this is what my body was made to do'. Obviously it's hard, obviously it's not as easy as it seems to be. Why aren't I just pushing through it and getting there?" 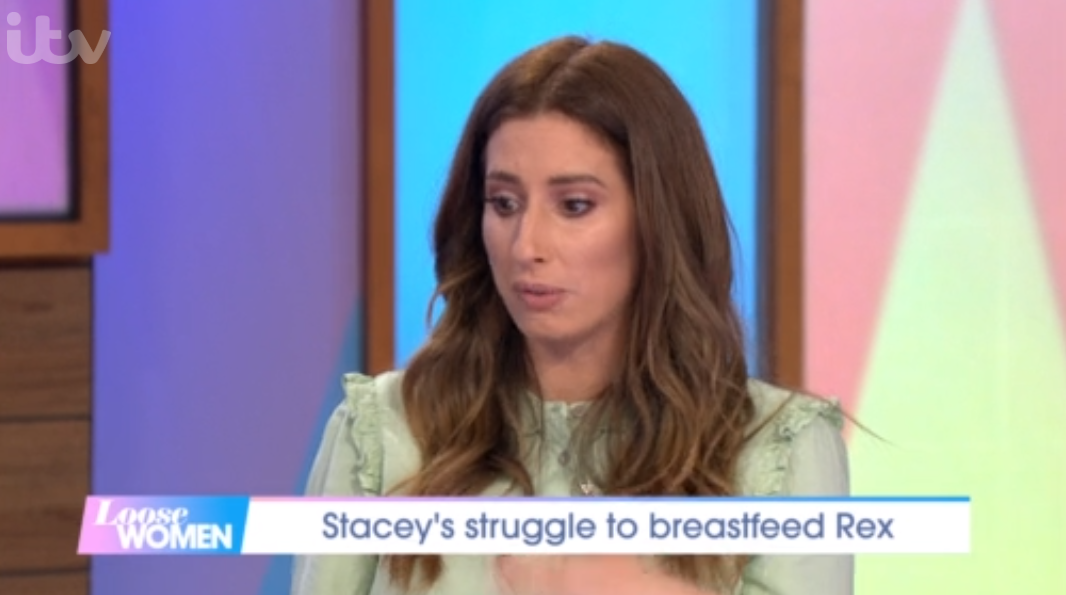 She puts it down to pressure she put on herself (Credit: ITV)

Stacey was clear she has nothing against bottle feeding newborns, as she explained she was only so keen to breastfeed because of how she had built it up in her head.

She continued: "I've never felt like I can't bottle feed my babies. I've never had anything against bottle feeding. I'd romanticised it in my head... I imagined through my pregnancy having this wonderful experience. When I couldn't, I'd got myself in a bit of an emotional, hormonal rut of not being able to let it go." 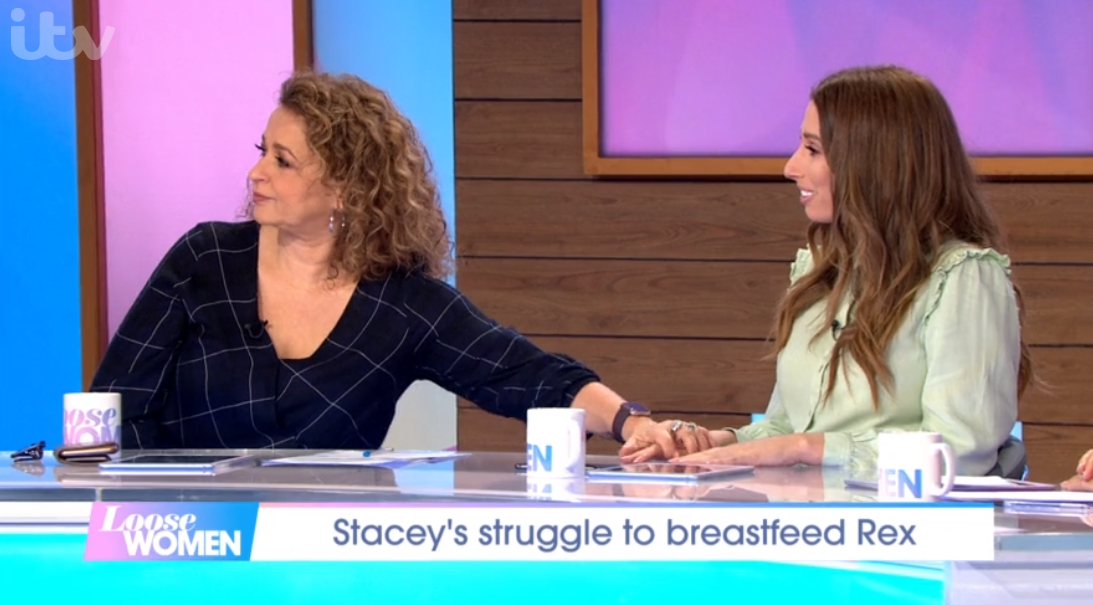 She had 'romanticised' the idea of breastfeeding (Credit: ITV)

Read more: Stacey Solomon 'tears' as her sons visit their dads for the weekend

Speaking further, Stacey grew tearful as she spoke of her guilt as she looks back now and feels almost "cruel" for trying so hard to breastfeed Rex, who was "quite small" and lost almost pound in weight shortly after he was born.