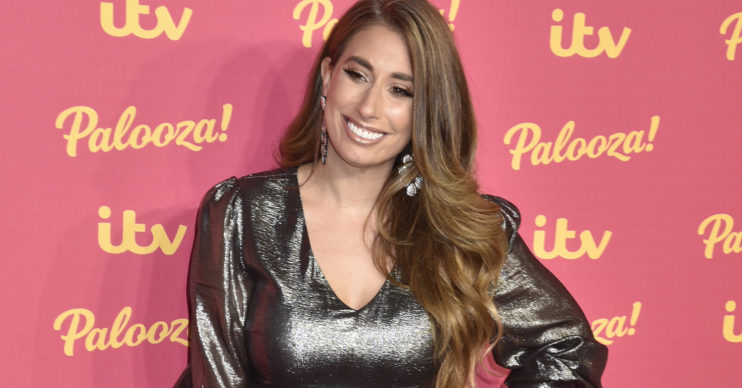 Yesterday here at Entertainment Daily!, we brought you the news that Stacey Solomon was preparing for her son Rex’s first birthday.

Well, the big day has arrived, and judging by the pictures and videos Stacey has shared on her Instagram Stories, the little fellow has been having a lovely time.

Rex – who Stacey shares with her partner, I’m A Celebrity star Joe Swash – can be seen unwrapping presents, tucking into yummy food and wearing a fresh new birthday outfit.

Loose Women star Stacey, 30, has spent the past week or so excitedly keeping her 3.3 million followers in the loop with her preparations for Rex’s birthday.

And if the tot’s massive smile in these latest posts is anything to go by, her efforts have been much appreciated.

Mum-of-three Stacey (she also has two children from previous relationships) started the day by sharing a video of her and Rex beaming at the camera. It’s captioned: “Good morning birthday pickle.”

She’s since posted several more updates on what’s been happening at the Solomon/Swash family home.

In another video, Rex is seen enjoying one of his new toys – which involves hammering red balls into a wooden hole. Stacey writes that it’s so far taken him two hours to open his presents as “he’s loving playing with each one”.

Inevitably, all of that excitement was going to tire him out, and we next see a photo of the birthday boy fast asleep on his mum’s shoulder.

Stacey writes: “And he sleeps. He’s exhausted. It’s been a busy morning. I’m going to get his birthday lunch ready for when he wakes up.”

Sure enough, a later picture shows the lad sat in his baby seat, grinning from ear to ear as he chomps through some sandwiches.

Captioning this one, the adoring mum gushes: “I love him so much.”

It’s been a busy morning. I’m going to get his birthday lunch ready for when he wakes up.

Among the other clips the former X Factor singer has posted today are one of Rex doing some disco dancing, and Stacey and Joe fooling around with some slightly suspect toy packaging.

Earlier this week, Joe Swash posted a message on Instagram to say that his beloved Nanny Fran had died. The actor and presenter wrote that “I miss you so much already.”

No doubt seeing his son so happy will have given him something to smile about.