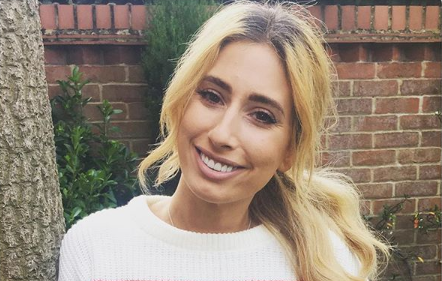 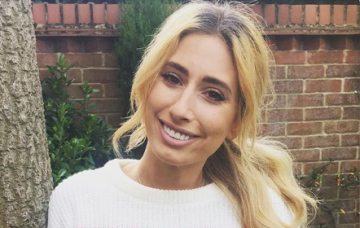 This could be very interesting!

Stacey Solomon will return to the X Factor as a guest judge alongside Ayda Field, reports claim.

According to Daily Star Online, Stacey – who finished in third place behind Joe McElderry and Olly Murs in the sixth series of the ITV show – will be on hand in Los Angeles, California as Ayda makes her final picks.

The website claims Stacey, 28, travelled to the US for the judges’ house stage of the competition, after getting the call from X Factor bosses.

There’s been no confirmation from Stacey or X Factor yet as to whether it’s true.

A delighted Stacey has previously spoken about her support for Ayda – also a Loose Women panelist – on the X Factor, warning viewers and fellow judges Simon Cowell, Louis Tomlinson and Ayda’s husband Robbie Williams not to underestimate her.

“I’m really excited about this,” said the Dagenham star.

Stacey continued: “She is just as qualified as the other judges and she has a lot of experience in the entertainment industry.

“She will have a lot of empathy for the people auditioning for the show. Ayda has been there herself and she’s someone who always wants to help other people.

“On top of that, she’ll be able to put Robbie in his place! The dynamics will be so great between them.”

Ayda is similarly determined to succeed and steal the win from under her male colleagues’ noses.

“I’m here to find some great talent and make some great TV. So that’s really my focus,” Ayda told the Radio Times.

She continued: “I want to help someone achieve their dreams, so whatever someone wants to say, that makes it more exciting because if it wasn’t a challenge it wouldn’t be much fun.

“So I’m excited to be the underdog and show the boys how it’s done.”

All details about the X Factor judges’ houses are currently under wraps.

Appearing on ITV’s This Morning on Thursday, the show’s host Dermot O’Leary kept tight-lipped on this year’s locations and guest judges.

He joked: “I’ve just got back from one of the judges houses… and I don’t know what I’m allowed to say!”

Dermot also praised the new line-up of judges, saying: “Robbie is very emotionally intelligent and gets people very quickly. Ayda helps manage him! And I think she’ll be a really good mentor and she knows she’s got a point to prove so she’ll really bust a gut. Louis has been terrific – there’s no substitute with someone who’s been there and done it.”