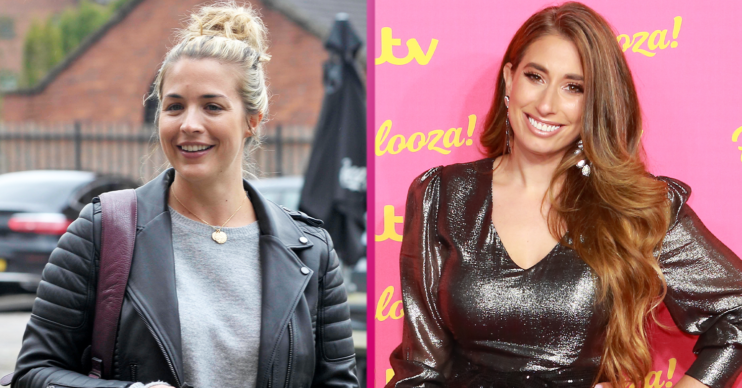 Mum-of-three Stacey Solomon has jumped to the defence of Gemma Atkinson after she was trolled by the so-called “mummy police”.

Earlier this week, Gemma shared a series of videos of herself in her home gym, working out as daughter Mia toddled around alongside her.

The video seemed innocent enough, but it was enough to bring out the trolls.

Why was Gemma trolled?

It read: “If this woman isn’t in the gym being distracted, her flaming dog are all over the place.

“People like her really make me mad. The children are the last thing they think about.

“Children of Mia’s age are a 24/7 – please take a leaf out of Stacey Solomon’s book or look at her Instagram.

“Rex and her other boys always come first.”

Hold your head high and take no notice of anyone who tries to drag you down.

She added that it’s “absolutely pathetic that other women feel the need to say this stuff. Shame on you all.”

Stacey clearly agreed, as she reposted Gemma’s story and added a comment of her own.

“Some days I choose Peaky Blinders over Peppa Pig, crisps over carrots and sometimes I lock myself in the toilet and pretend I’m doing the longest poo in the world just to get some me time,” she said.

She then addressed Gemma directly.

“Gemma, you’re smashing it. Keep being an amazing mummy to that beautiful woman you are raising.

“Hold your head high and take no notice of anyone who tries to drag you down.”

Stacey concluded her post by saying: “Women supporting women and mothers supporting mothers is so important.”

She’ll be seen on Channel 4’s Steph’s Packed Lunch when it starts later this month.

What do you think of our story? Head to our Facebook page @EntertainmentDailyFix and tell us your thoughts.