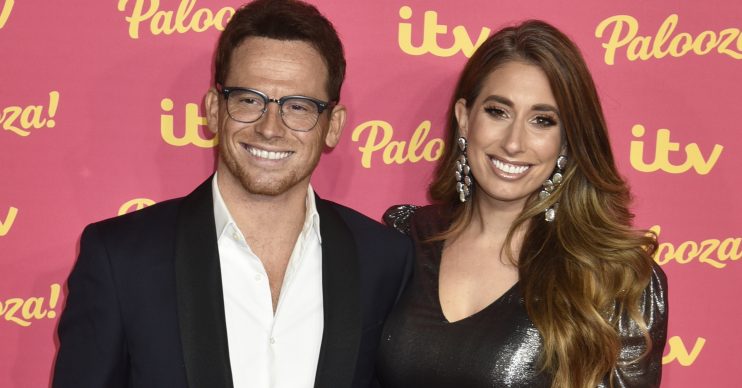 They have one of the strongest relationships in showbiz, with Stacey Solomon and Joe Swash giving us couple goals all day every day.

The popular duo are parents to baby son Rex and delight their social media followers by sharing lots about their home life.

However, cheeky Joe may have overstepped the mark with his latest revelation.

Holding paddles with each other’s faces, team captain Stacey and her other half Joe were asked a series of intimate questions.

First up, Iain asked: “Out of the two of you, who is the kinkiest?”

Both Stacey and Joe held up the paddles featuring Joe’s face.

“I’d just like to have some at the minute!” came Joe’s retort.

Read more: Duchess of Cambridge wows in £10 leopard-print skirt from the high street

Next they were asked who liked children more.

I’d just like to have some at the minute!

They both held up their own paddles, which seemed to rile Stacey.

“Put your paddle down,” she demanded.

Joe has one son, Harry, while Loose Women star Stacey is mum to boys Leighton and Zachary.

Iain Stirling’s CelebAbility is on ITV2 tonight at 10.05pm.