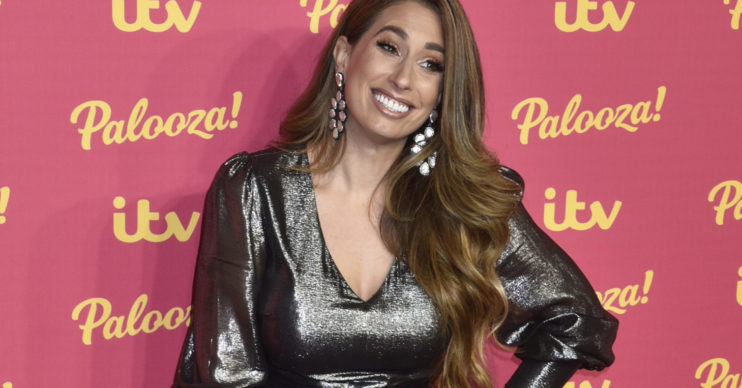 Stacey Solomon films herself while sitting on the toilet

The mum-of-three was interrupted by her cheeky son Rex

Celebrity mum Stacey Solomon has filmed herself sitting on the toilet after being rudely interrupted by her son Rex.

Stacey, 30, was trying to take a moment to herself when her 11-month-old baby barged in to say hello.

In scenes familiar to parents everywhere, the Loose Women star captured the funny moment on camera before sharing it online.

Stacey, who welcomed Rex into the world with long-term boyfriend Joe Swash in May 2019, is loved for her honesty about parenting.

The star is also mum to Zachery and Leighton from previous relationships and she isn’t shy about documenting her motherhood journey online.

Following the toilet incident, Stacey revealed that she was having quite a day with Rex. In another clip, the star managed to film herself as she held the tot in one arm and peeled potatoes with her other hand.

She admitted; “He has decided against the morning nap and also does not want to be put down…at all!”

Meanwhile, on Saturday night (May 2, 2020), Stacey experienced a dramatic near miss thanks to Joe, 38.

The Dancing On Ice 2020 winner convinced Stacey to perform a move he had learned on the ITV show…and almost dropped her!

As one of her older sons filmed, Stacey said: “I don’t want to do it, give me my phone back.

Stacey was then seen yelping as Joe tried, and failed, to elegantly hoist her onto his shoulder.

She then screamed: “How did you win this, Joe? I’ll dismount the other way! No, Joe, no!”

Read more: Louis Theroux chops off tip of his finger while making pancakes

Thankfully Stacey made it back down to the ground in one piece…and all was forgiven within a few hours.

The couple were snapped cuddled up together with their pet dog before heading to bed. Phew!