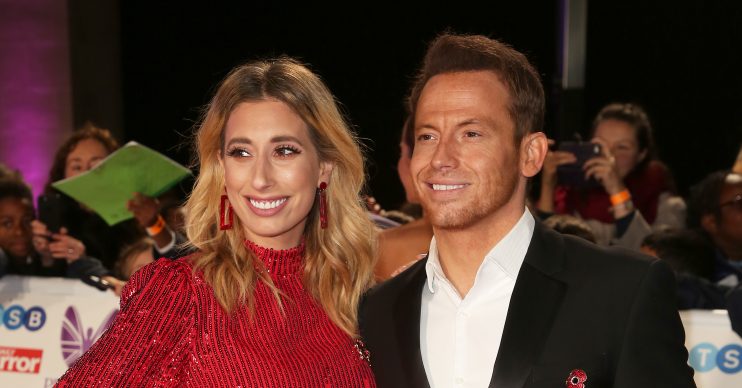 The couple started dating in 2016

Fans have been begging Joe Swash to finally get down on one knee and propose to girlfriend Stacey Solomon after he posted a sweet tribute to mark her milestone 30th birthday.

The former EastEnders actor, who treated her to a surprise trip to Brussels, shared a snap of Stacey grinning at her beaming boyfriend.

“Happy birthday my darling you are the most special woman in my life I love your smile, your laugh, and your ginormous granny pants,” he wrote.

“Thank you for being the best girlfriend I could wish for. Hope you’ve had a lovely weekend you deserve the world love you.”

The adorable post prompted dozens of comments from fans who said it’s about time he popped the question.

“If you like it, then you should put a ring on it!!! Just saying,” one suggested, while another commented, “Get down on one knee already.”

“Get married please,” remarked another, and one added: “You two need to get married, gorgeous pair.”

Lots of others also praised the sweet couple for always being so genuine both on and off screen.

One said: “The funniest most real couple. Both your stories make me feel warm and fuzzy one minute and almost peeing my pants the next.”

The pair, who welcomed baby boy Rex in May, first started dating in early 2016.

However, Stacey and Joe’s love story goes all the way back to 2010 when they met when Stacey was crowned queen of the I’m A Celebrity jungle.

Joe admitted he fancied her straight away, but she was in a relationship at the time and it was going to be another six years before their love truly blossomed.

Following her split from unlikely love interest Steve-O, in January 2016 Stacey and Joe were spotted together enjoying a little getaway to celebrate Joe’s 34th birthday.

Stacey has previously spoken about marriage, and in 2017 she filmed herself trying on wedding gowns while she was being fitted for a showbiz event.

Sparking wedding rumours, she insisted she and Joe had no plans to tie the knot any time soon.

“I AM NOT GETTING MARRIED, I haven’t been proposed to, we aren’t even thinking about it.”

However, she went on to add: “Well maybe I am a little bit, or a lot, or all day every day.”

The same year, she also gave an interview to Closer magazine admitting she wanted to get married at some stage.

She said: “He is such a brilliant dad which sells it to me the most – he has a great moral compass and a really good heart.

“We are really serious about each other so we want to do things slowly. I can see myself walking down the aisle with Joe – he really is ‘The One!’