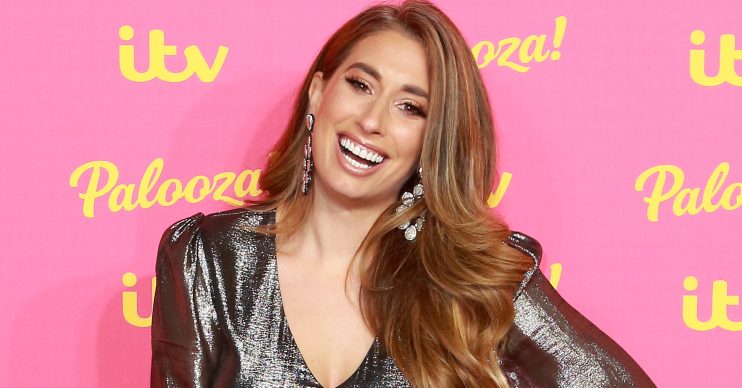 The Loose Women star says she is "intrigued" by her baby

TV’s Stacey Solomon has been left scratching her head after her cute son Rex grew his incisors before his top front teeth.

Stacey, 30, took to social media and shared a picture of Rex’s gorgeous smile, complete with two “fangs” poking through his top gum.

The adorable seven-month-old already has his bottom front teeth, but his top ones in the middle are yet to appear. Bless!

Writing alongside the sweet snap, Stacey said: “My little Dracula. He just melts my heart!

“Four teeth and counting. I can’t get over those fangs! I love them soooo much, they’re adorable.

“I’ve never known anything like it though! Don’t the two front teeth usually come before the fangs?”

My little Dracula. He just melts my heart!

She added: “It doesn’t matter at all, but I’m so intrigued by them… I’d love to know if other babies’ fangs came first.”

Although mum-of-three Stacey isn’t overly worried, she has been met with heaps of reassurance from her fans.

One admitted: “We have one fang and one big front tooth and two bottom teeth! I thought the same as you, I had to google it.”

Another said: “Totally normal, think it’s called cross cutting when teeth come through not in the usual order xx.”

A third mused: “Awww he looks like he’s been kissing the girls and lost his teeth! Such a lovely, cheeky little smile.”

Stacey welcomed Rex into the world with her long-term partner, Joe Swash, in May. She also has two sons, Zachary and Leighton, from previous relationships.

The down-to-earth star enjoys treating fans to updates about her life on social media and her posts always go down a storm.

Earlier this week, Stacey shared a beautiful picture of herself and Rex that was taken during a trip to the swimming pool.

The former I’m A Celebrity…Get Me Out Of Here! winner was wearing a bikini in the photo and told fans that everyone should feel proud of their bodies.

Read more: Stacey Solomon rules out more children as she forgets how many she has

Stacey wrote: “New year, same me. Because why change something that brought me the most happiness I could ever imagine.

“That brought me the smiley seven month old in the picture and the most amazing 11 year old taking it. I wouldn’t have it any other way.”

The Loose Women favourite added: “Here’s to another year of loving our bodies no matter how hard society tries to stop us.”