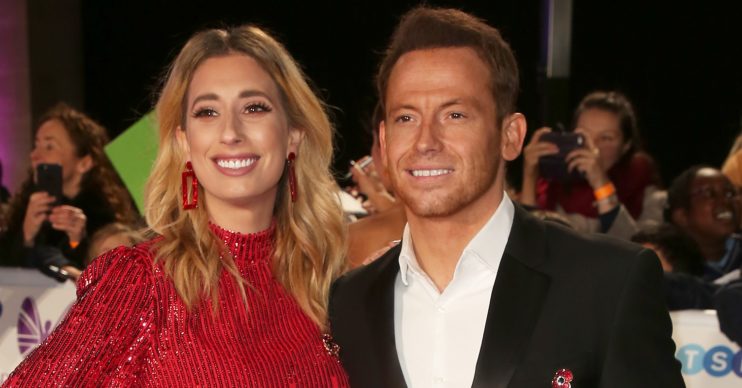 They have been "under each other's feet"

Presenter Stacey Solomon confessed to having an annoying habit as she and partner Joe Swash opened up about “bickering” during the coronavirus lockdown.

The Loose Women host, 30, admitted in an interview this week that spending much more time at home with her partner, 38, has not been “all roses”.

In a chat with Metro, Joe said it was “so nice” to be at home so much after his stint on Dancing On Ice, which ended just before the UK’s lockdown came into effect.

His time on the programme, which he won, saw him spending lots of time away from his family.

Joe explained: “These couple of months have been so nice to be at home with the boys, with little Rex. It’s been so nice and we’re just trying to embrace it as much as we possibly can.”

The former I’m A Celebrity: Extra Camp host went on to say that he realises how “lucky” they are to have a garden, as it has made the lockdown easier.

But Stacey cut in and told the newspaper: “It’s important to say that it’s not all roses, it’s not easy… apparently I crunch [crisps] too loud.”

Joe admitted that there are things the couple “bicker” about. But he insisted it’s because they “love each other and [are] under each other’s feet”.

A message for couples in the same boat

He also shared a supportive message for couples who have found themselves arguing more often in recent weeks.

Joe said: “For other couples out there, don’t worry about it if you’re getting on each other’s nerves now and then. Because Stacey’s getting on my nerves quite a lot at the moment!”

Joe and Stacey are currently starring in the new series of Celebrity Gogglebox, which airs Fridays at 9pm on Channel 4.

In last week’s episode, the pair bickered on screen as Joe hilariously compared Stacey to a “dictator” for ordering him to put household things in their proper places.