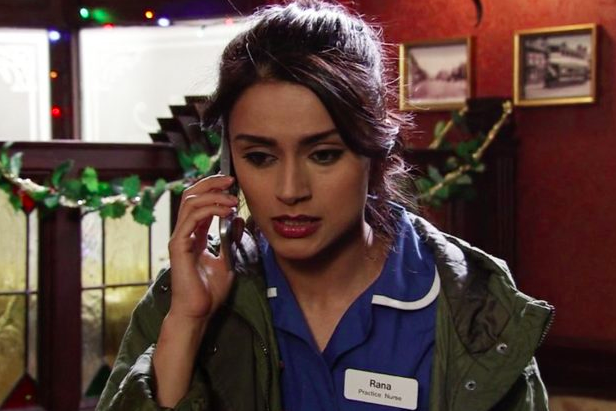 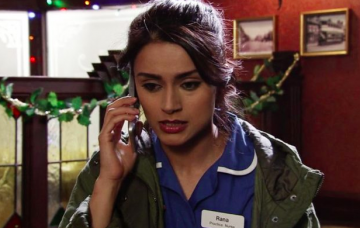 Coronation Street SPOILER: Will RANA get arrested for Luke’s murder?

Corrie fans have come up with a shocking theory that could see Rana Nazir arrested over the murder of Luke Britton.

As we all know by now, Luke was brutally gunned down by killer builder, Pat Phelan, during Friday night’s double-bill of episodes.

Rana is currently torn between two loves, her husband Zeedan and her friend, Kate Connor.

On Friday Rana told Kate that she would own up to Zeedan about their affair and they could then start a life together.

Unfortunately, Luke let slip to Zeedan that Rana was carrying his baby (she’s not btw) which threw a spanner in her plans when Zee confronted her about it.

Later, while Luke was embroiled in car chases and murder with Phelan, a desperate Rana left him several voicemails trying to get in touch with him.

First of all she said: “I need to speak to you before you speak to Zee, call me as soon as you can.”

Later adding: “OK Luke, now you’ve got me worried. What is this? Blackmail? This is my life OK. All I’m asking is for a chance to sort it out without anyone getting hurt.”

That second one sounds pretty incriminating in light of what happened to him.

Fans think so too and have flooded Twitter with predictions that Rana will end up being blamed for Luke’s murder.

“ASDFGH I’ve just thought what if the police think RANA a suspect for killing Luke bc he knew of the affair and the voice mails #Corrie,” wrote one shocked viewer.

Another added: “@itvcorrie Hmm I hope #Phelan gets what he deserves! And #Rana is implicated by leaving #luke #corrie those answerphone messages…”

A third said: “Well that’s kinda set Rana up for Luke’s murder after that voicemail! SHOCKING!”

Poor Rana. If it all goes the way the fans seem to think it will, her affair with Kate will soon be common knowledge before she has the chance to tell Zeedan herself.

And we already know that Phelan is more than happy to let someone take the blame for his crimes – he’s already paved the way to frame Seb Franklin by getting his fingerprints all over the murder weapon.

We’re not sure how much more of this we can take before he gets found out!