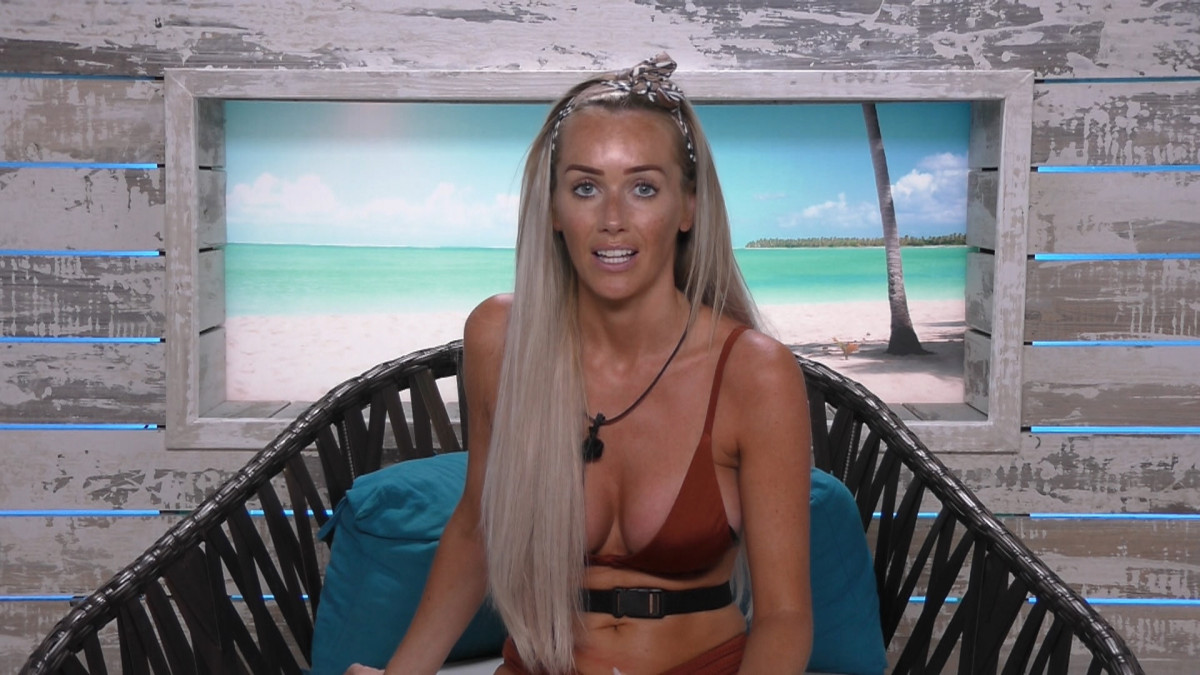 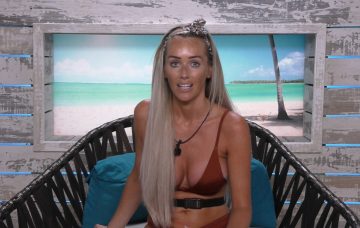 Love Island’s Laura Anderson has admitted her romance with Wes Nelson is on the brink following a “heated” argument sparked by Ellie Brown’s arrival.

However, the 29-year-old has warned she WON’T give up Wes without a fight.

Laura and Wes, 20, were seen as one of the villa’s strongest couples before Ellie, 20, rocked up on Sunday night and turned Wes’ head.

Viewers saw Ellie inviting Wes out for a date on Monday night, which left Laura upset and concerned, and things don’t get much better in tonight’s instalment…

Laura and Wes end up rowing over their relationship status on Tuesday, after accusing each other of standing off and being distant.

She thinks Wes isn’t making enough effort with her, which is making her feel “naturally insecure”, while Wes claims Laura is the one being standoffish and he won’t chase her around the villa in a situation like that.

A frustrated Laura claims she was only standing off so newcomers Ellie and Zara McDermott wouldn’t feel under pressure or awkward if they wanted to speak with Wes. And she argues she only became standoffish after Wes did.

After their argument goes around in circles and gets nowhere, it’s clear both Laura and Wes have been thinking about their future.

Wes tells the Beach Hut that he and Laura have “completely different opinions” on the situation.

And it seems Ellie is still on Wes’ mind as he admits: “I think Ellie’s a really nice girl. She’s very like-minded. And obviously with her being 20 she’s sort of on the same chapter of her life as I am.”

Laura, meanwhile, privately admits it’s “make or break” for the couple, as she waits to see what may develop between Wes and Ellie.

She vows she won’t waste her time with somebody she can’t see a future with or isn’t making her feel happy, but equally won’t give up the romance without a fight.

“Today is definitely make or break,” she says. “If he’s sulking or in a mood and he doesn’t give me any affection and isn’t being fun and making me feel like a priority I’m not going to waste my time with someone who makes me feel like [bleep] about myself.”

But she adds: “I will happily fight for him. I’m not going to sit back and be miserable and watch someone else move in.”

Ellie, you have been warned…

However, it could be that Ellie’s interest in Wes fades as she enjoys not one but TWO kisses with Alex George on Tuesday, after a successful dessert date the evening before.

Can Laura and Wes survive as a couple? Is Wes better suited to Ellie? Leave us a comment on our Facebook page @EntertainmentDailyFix and let us know what you think!