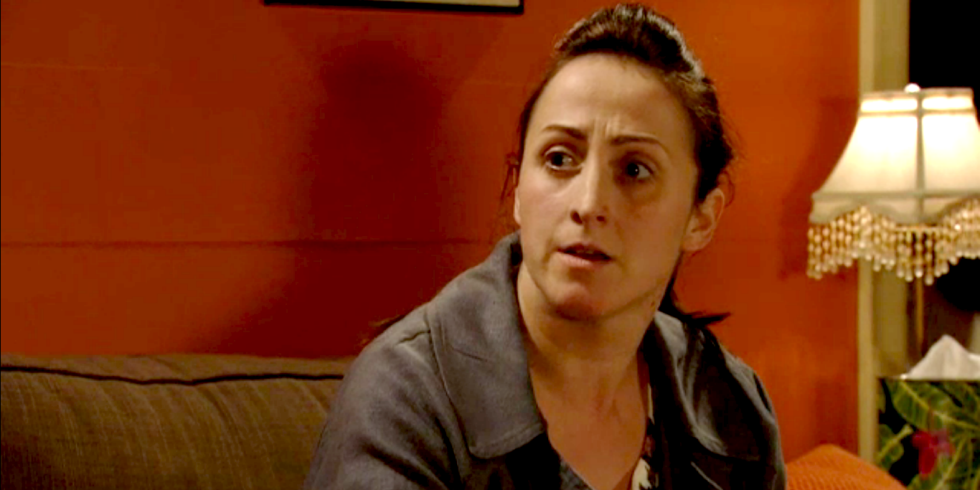 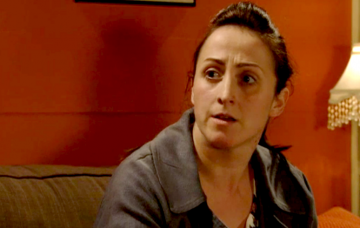 The Walford resident discovers something disturbing...

Sonia Fowler is on the cusp of discovering something truly awful tomorrow night, when she spots ex-girlfriend Tina Carter’s worrying behaviour.

On Friday (13 July), the Walford matriarch realises that Tina has been acting strangely since returning from visiting her daughter Zsa Zsa.

But what IS wrong with her?

It starts on Thursday (12 July), when Tina reluctantly takes Mick’s best mate Stuart to an Eighties night at the club.

While the pair seem on friendly terms at first, Tina has a terrifying flashback and remembers something sinister about her companion.

The memory leaves her unsettled and upset.

The next morning, she says: “There was this thing that happened. And last night, in the club it came flooding back.”

Struggling to concentrate at work, Tina annoys Kathy with her distracted behaviour, but Sonia realises that something is going on.

Can she get to the bottom of it?

Eventually, Tina opens up about her fears, and Sonia begs her to report Stuart to the police.

But, because her memories aren’t clear, Tina decides to confront him instead – which is a mistake…

Of course, Stuart dismisses her concerns, accuses Tina of being confused and manipulates her into apologising to him!

It’s no surprise that EastEnders fans have already branded Stuart one of the soap’s vilest villains.

But what DID he do to Tina?

Fan theories suggest he raped her, while others think he is the father of Tina’s daughter Zsa Zsa.

What do you think Stuart did to Tina? Leave us a comment on our Facebook page @EntertainmentDailyFix and let us know what you think!