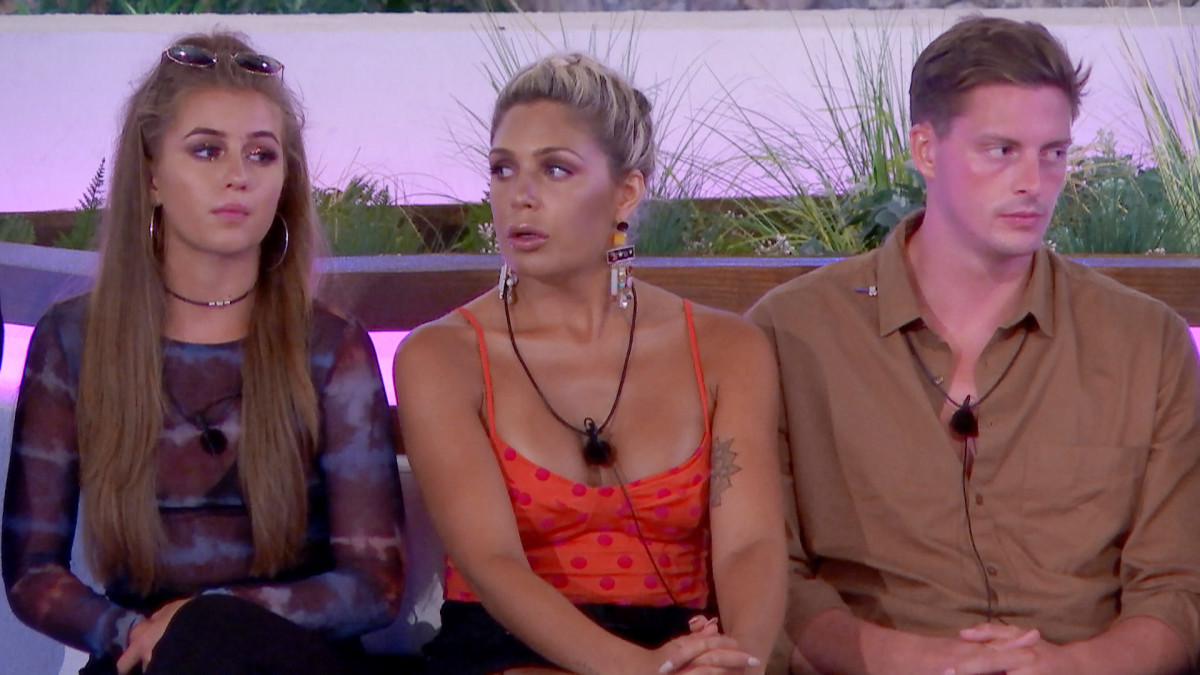 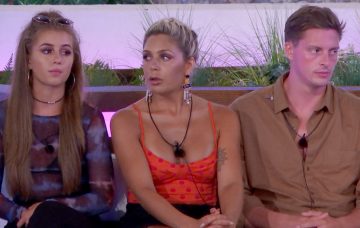 It's all very tense in the villa!

The Love Island villa has been rocked by a shock twist that will see FOUR islanders dumped tonight!

There are more islanders in the villa right now than at any other time in the show’s history so perhaps it’s no surprise such a massive cull is about to take place.

Viewers already knew they were voting on Wednesday night for their favourite couple.

And now it’s been revealed that TWO couples will leave…

It comes as a shock to the villa who are gathered around the fire pit on Thursday night’s episode to hear the news.

Josh Denzel gets a text that reads: “Islanders the public have been voting for their favourite couple. Those with the fewest votes risk being dumped from the Island tonight. As Georgia and Wes are single, they are not included in this vote.”

Wes Nelson and Georgia Steel are both single: Wes’ old partner, Laura, chose to couple up with newbie Jack, while his love interest Megan went off with new Alex.

Georgia, meanwhile, was heartbroken when partner Josh dumped her for newcomer Kaz.

It’s all been very, very dramatic this week.

Wes and Georgia no doubt thought they were vulnerable to being dumped after finding themselves single.

But the latest twist means they’ve both been given a lifeline in the villa.

Wes had been coupled up with Laura since day one, but after Megan confessed feelings for him last week, he chose to ditch Laura and hook up with Megan.

Unfortunately for Wes, the boys were then sent over to Casa Amor to meet new girls, while the female islanders were introduced to six new boys at the villa, including Alex M.

Megan then fell for Alex M, leaving Wes single when he returned to the villa, however she’s now started to realise she’s actually still attracted to Wes and is feeling a bit torn between him and Alex M.

Wes, meanwhile, initiated a game plan last night to make Megan jealous by flirting with other girls, which seemed to work.

Elsewhere, poor Georgia has been devastated by Josh’s betrayal as she stayed loyal to him in the villa while he fell for Kaz at Casa Amor.

Josh has argued he had a stronger connection with Kaz in just days compared to what he felt for Georgia over week.

Who do you want dumped from the island? Leave us a comment on our Facebook page @EntertainmentDailyFix and let us know what you think!