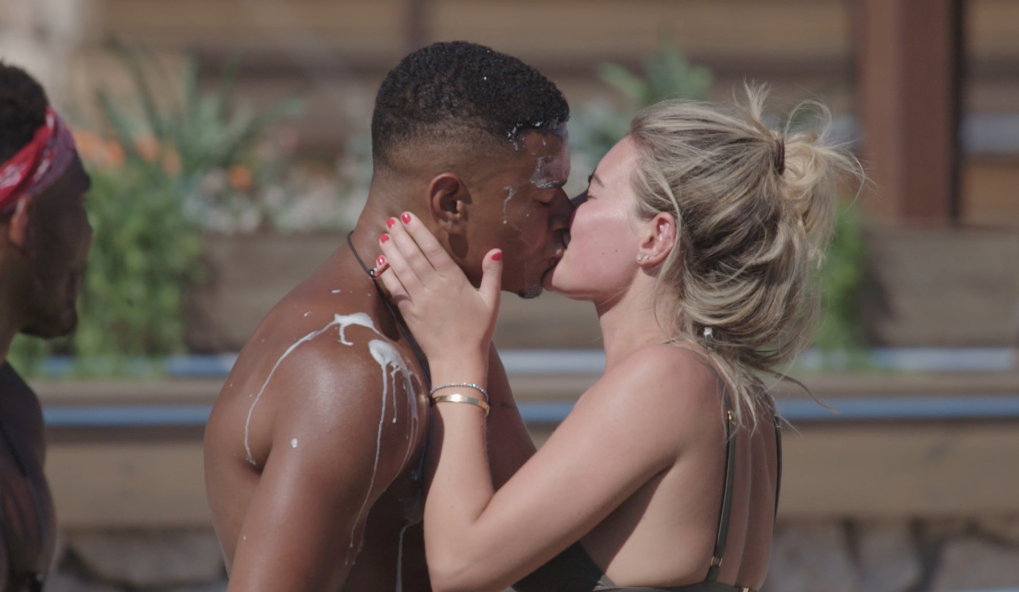 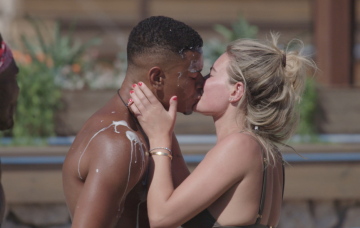 When Megan Barton Hanson entered the Love Island villa as a bombshell, she was torn between Dr Alex George and Eyal Booker.

Now the model has her eye on a third man – Wes Nelson. And she declares in tonight’s episode that she isn’t afraid to try and win him off his current partner Laura Anderson!

Megan’s change of heart will send shockwaves through the villa as viewers will tonight see her dump Eyal before making a move on Wes.

Speaking of why she’s decided to end things with Eyal, Megan says their attraction is only physical, and she wants someone she can also have fun with.

Dumping the curly-haired model, who she said sex with last week, she tells him: “I just feel like from the beginning I’ve always worried that it’s more of a physical/sexual attraction, and then earlier when you were like ‘we should have more fun.’

“Obviously it crossed my mind and I had thought about it. I don’t want to force it and I just think it’s so early to have to force it.”

A disappointed Eyal later confesses in the Beach Hut: “I feel like her mind is made up and I’m not going to try anymore. I’m not here to force someone to like me or to be into me or to like the things about me that I’d like someone to like.”

Single again, Megan says in the Beach Hut that if she had to recouple, she’d choose Wes.

“I feel like out of all the boys, he’s someone I really can talk to,” she says. “I feel like I can be really geeky and silly in front of him. I can just be myself.”

Later that day, Megan decides to seize the opportunity to kiss Wes in a game of Snog, Marry, Pie.

Each Islander is one by one asked to choose one member of the opposite sex to marry, one to snog (in full view of the Islanders) and one to pie in the face.

Megan opts to kiss Wes, which prompts a positive reaction from him later in the Beach Hut.

Laura seems nonplussed by their romantic moment, telling Georgia it was only a game.

But she confides that if Megan tries to pursue her man any further, that will be the end of their friendship.

“If Megan’s going to lay it on with Wes, whether she spoke to me or she didn’t, I wouldn’t think it was OK. I wouldn’t accept it, if she did that, me and her wouldn’t be friends anymore.”

She adds that she also wouldn’t hang around for Wes, 20, if he would rather be with someone else.

“In my opinion, we are seeing each other. If you want to look elsewhere, you can do that and I’m not going to be waiting for you mate,” she said.

Laura and Wes have been coupled since the start of the show and recently had sex in the villa, after he joked they’d set up the “Do Bits Society” for Islanders who have had more than just a kiss and a cuddle. It’s a club that Dani Dyer’s dad Danny has warned Jack Fincham he mustn’t join!

Meanwhile, following her kiss with Wes, Megan seems even more set on getting to know him better, and tells Samira she has no problem stepping on Laura’s toes to ensure her own happiness.

“She’s a lovely girl but at the end of the day, I’ve come in here to find someone that I want and I can’t help that I feel that I’ve got a connection with him. They row a lot,” she says.

She then echoes these sentiments in the Beach Hut, saying she wouldn’t be breaking up a truly happy couple.

“At the end of the day, we’re here to find love and from an outside point of view, Wes and Laura’s relationship is very volatile,” she says.

“They’ll argue, they’ll make up, they’ll argue and make up. For me to just sit back and not even attempt to pursue Wes and see how that went would have been stupid.”

She then decides to lay her cards on the table and tell Wes how she feels that night.

“I think it’s pretty obvious that I do really fancy you and I just felt like if I didn’t say something I’d regret it massively,” she tells him. “I didn’t know if it was just on a friend level, but more and more I do really find you attractive and I can’t help it.”

She asks “where his head is at” following her confession, and how he really feels about Laura.

Wes replies that he enjoys being with the 29-year-old air hostess but he has wondered if he could be happier with someone else.

His chat with Megan leaves him wondering if he does have a future with Laura, and he later takes her to one side and tell her how he feels.

“Today I just took time to reflect on what we have and what I feel like in a sense and I feel something’s missing,” he tells her.

Mustering the courage to disclose the reasons for his change of heart, Wes continues: “Essentially what I’m saying is there’s a particular person in the villa…”

So is this the end of Wes and Laura? And how will she react about Megan trying to steal her man?

Find out on Love Island, 9pm tonight on ITV2!

Do you think Wes should be with Laura or Megan? Leave us a comment on our Facebook page @EntertainmentDailyFix and let us know what you think!